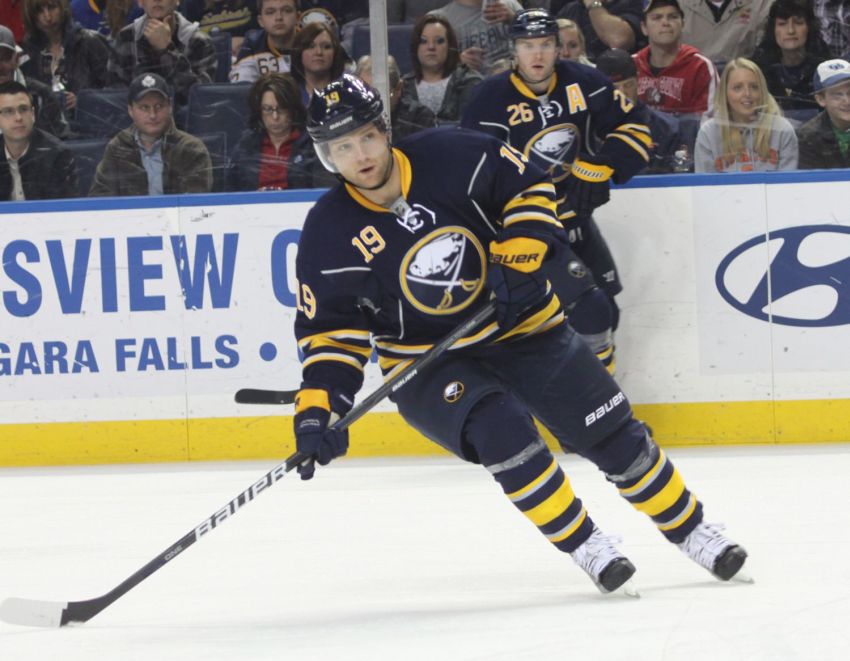 Cody Hodgson will return to the Sabres after the lockout ends. ©2012, Janet Schultz, Olean Times Herald

BUFFALO – With an NHL lockout likely hitting at midnight tonight, the Sabres loaned 20 AHL-eligible players, including forwards Marcus Foligno and Cody Hodgson, to the Rochester Americans on Friday.

In addition, the Sabres loaned forwards Joel Armia, Daniel Catenacci and Mikhail Grigorenko back to their junior teams.

The Sabres have also signed goalie Andrey Makarov to a three-year, entry-level contract.

The 19-year-old Russian went 29-21-1-1 with a 3.01 goals-against average, .913 save percentage and two shutouts last season with the Western Hockey League’s Saskatoon Blades. He has been assigned back to the Blades.