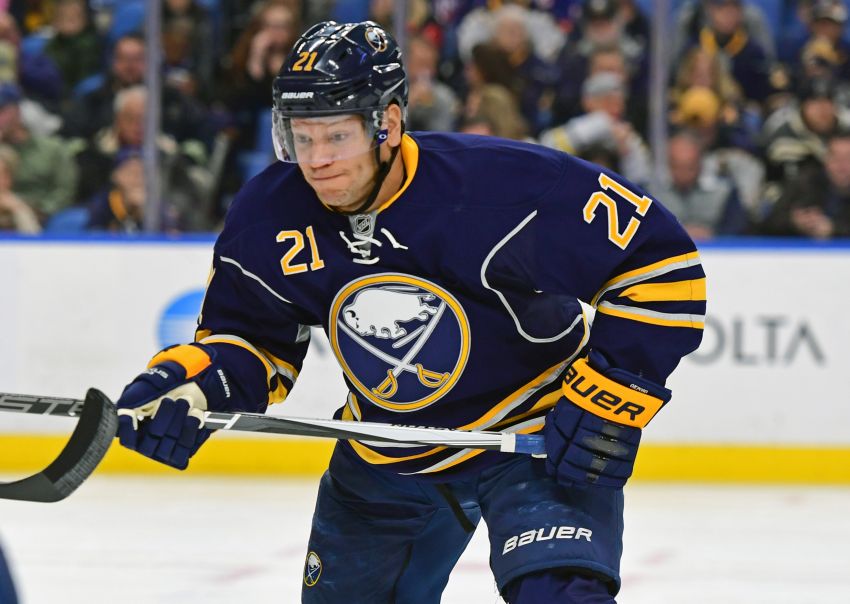 BUFFALO – Months ago, coach Dan Bylsma and Kyle Okposo talked about different scenarios for the Sabres’ big offseason acquisition in the upcoming season.

Bylsma said he wanted Okposo, 28, to understand he didn’t have to carry the load after signing a seven-year, $42 million contract.

During that conversation, Bylsma said Okposo only talked about one game on the 2016-17 schedule – Friday’s tilt against the New York Islanders, the winger’s first meeting against his old team.

“This was one game he did talk about,” Bylsma said Friday prior to the Sabres’ 3-2 overtime win against the Islanders at KeyBank Center.

A reflective Okposo couldn’t stop smiling Friday morning talking about the Islanders, a team he said he “grew up” with for nine years.

“I left there and I was a veteran guy, I was one of the guys that had been there the longest,” an excited Okposo said hours before he assisted on Rasmus Ristolainen’s winner. “But I still felt like I was one of the young guys because I had just grown up there. I was a young guy when I went.”

Facing the Islanders in Buffalo first made the night easier, although “it was strange,” Okposo said following the game.

“So many times you play with those guys,” said Okposo, who played 529 games with the Islanders. “I know exactly what they’re going to do. … It was an odd game, an odd feeling.”

Okposo seemed emotional Friday greeting some familiar faces from the Islanders and talking about the special friendships he made on Long Island.

Where has Okposo made the biggest impact for the Sabres?

“That’s a tough one,” Bylsma said. “I would go between leadership of how we need to play and playing the right way, his presence in the offensive zone, his work ethic and his ability holding onto the puck and being tenacious and relentless there. He’s a guy – we’ve had trouble scoring goals – he puts it in the back of the net for us.”

Meanwhile, Ristolainen, a defenseman, averages a team-high 26:39 a game, yet only skated 22:04 on Tuesday, his second-lowest total this season.

For starters, the Sabres didn’t kill any penalties and had only one power play, so special teams time was limited. That allowed the Sabres to roll four lines and three defense pairs.