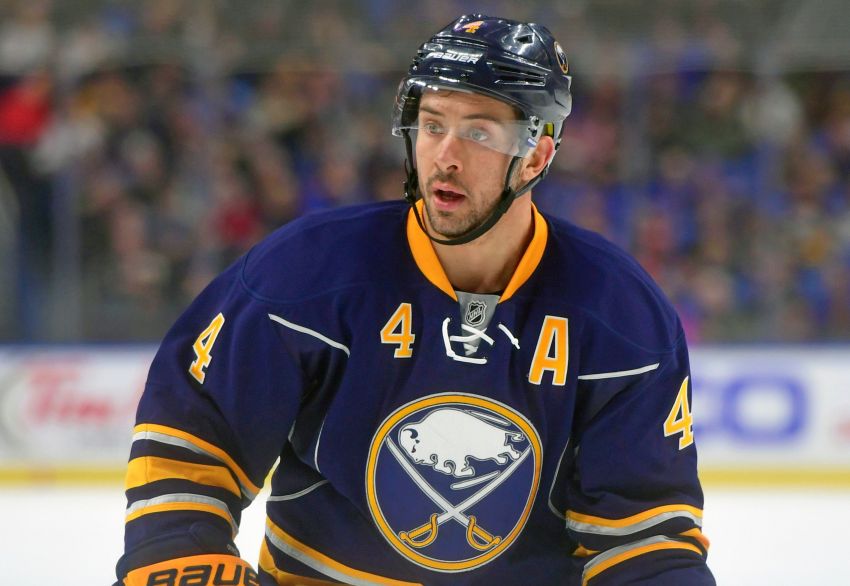 BUFFALO – When practice started this morning, Sabres defenseman Josh Gorges, who was supposed to be sidelined weeks with a non-displaced fracture in his left foot, was skating with his teammates.

Incredibly, Gorges, who has missed three games, could play Friday against Washington.

“Testing it out, seeing how it feels,” Gorges said inside KeyBank Center. “When it’s in your boot, it’s not much different than being in your skate. The boot will act to hold everything together.”

Sabres coach Dan Bylsma said Gorges has been examined by the doctor and skated without pain Wednesday.

Meanwhile, defenseman Dmitry Kulikov could return Friday from a back bruise that has shelved him 13 games.

“It’s just a process of going through the rehab,” Kulikov said. “You can’t force it. You can’t speed it up. It takes as long as it takes. I think I’m at the point where it’s feeling good and I can play now.”

When the Sabres have more healthy defensemen, rookie Brendan Guhle, 19, will have to be returned to his junior team.

“It’s been pretty good,” Bylsma said of Guhle’s play. “I don’t know what I totally expected given the circumstances, given who he was playing against. You kind of look to see how anyone’s going to do against (Alex) Ovechkin or against (Connor) McDavid’s speed. He did a good job of it, a pretty remarkable job for a kid to step in.

“Defending-wise, skating-wise, he’s looked cool and calm with the puck. I thought he’s done a real job stepping in.”

In other injury news, winger Nick Deslauriers, out the last 19 games with a knee injury, practiced today and could also return Friday.

Update: The Sabres have sent defenseman Erik Burgdoerfer, who played his first two NHL games this week, back to the Rochester Americans.

It’s a disturbing trend. In each of the last two games, ill-timed, third-period penalties from Sabres winger Evander Kane have led to key goals from the opposition.

Kane made amends later, however, scoring the tying goal, his second of the night, with 29 seconds left.

“The goals are good, the penalties are bad,” Bylsma said. “The type of penalties more the discussion point than the penalties. Evander is an aggressive guy, a physical guy, and we want him to be and need him to be. And if he’s taking a penalty being aggressive, being physical, that’s one we’ll kill. Penalties away from the puck, the cross-checking, those are not good situations to put yourself in, put your team in.

“It’s been a big part of us giving teams opportunities in the last few games, the Edmonton game in particular. Evander’s penalty was a rotten penalty to take at the point in time in the game for us.”