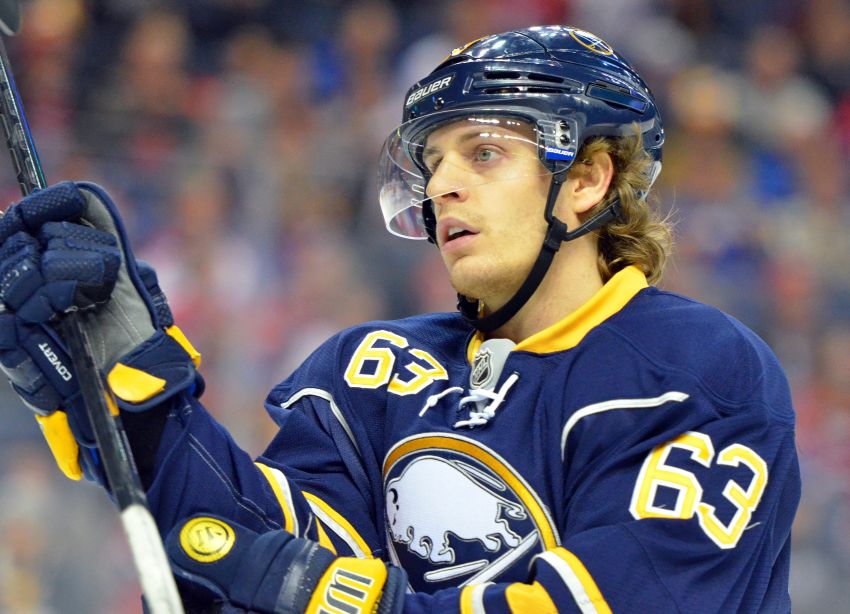 Quinn coached the players to a gold medal with Team Canada at the 2009 world junior championship in Ottawa.

“He was awesome for us,” Ennis this afternoon inside the First Niagara Center.

Canada hasn’t won gold since, something Ennis brought up.

“He was a big reason why we were the last Canadian team to win,” Ennis said. “He was really nice to us young kids who were all intimidated because he was such a good head coach in the NHL, and we didn’t know what to expect.”

“I have nothing but great memories of Pat,” Hodgson said. “I won two gold medals with Team Canada with him. He’s a smart coach, always dedicated to the team and just wanted the best for his players. He was a pleasure to play for. A great man, too.”

Myers added: “I developed a ton of respect for him the way he coached the game and the way he handled the players. He’s a guy you could really look up to and respect a whole lot.”

Following a playing career, Quinn coached Philadelphia, Los Angeles, Vancouver, Toronto and Edmonton. He led Canada to a 2002 Olympic gold medal and was general manager of the 1993-94 Canucks team that lost in the Stanley Cup final.

Sabres coach Ted Nolan said Quinn “was almost like a father figure to a lot of younger coaches.”

In other news, Sabres goalie Michal Neuvirth, who said he bruised his knee Tuesday, practiced today and should be able to dress Wednesday.

Nolan said Gorges is ahead of schedule.

“He looks like it to me,” he said. “He’s a pretty optimistic guy. Even when he got hurt, our medical staff said he was way ahead of schedule even a couple days later. Today surprised me.”

Myers, who blocked a shot with his hand in Saturday’s 2-1 win in Washington, joined the session late.

Notes: Sabres prospect Nick Baptiste has been traded from the Ontario Hockey League’s Sudbury Wolves to the Erie Otters. The 19-year-old winger, the 69th pick in 2013, had 45 goals and 89 points in 65 contests last season. … Former Sabres defenseman Henrik Tallinder has signed a tryout with the Hartford Wolf Pack. If it goes well, the New York Rangers could ink the 35-year-old Swede. Tallinder hasn’t played since hurting his shoulder in Buffalo during a preseason tryout with Toronto.