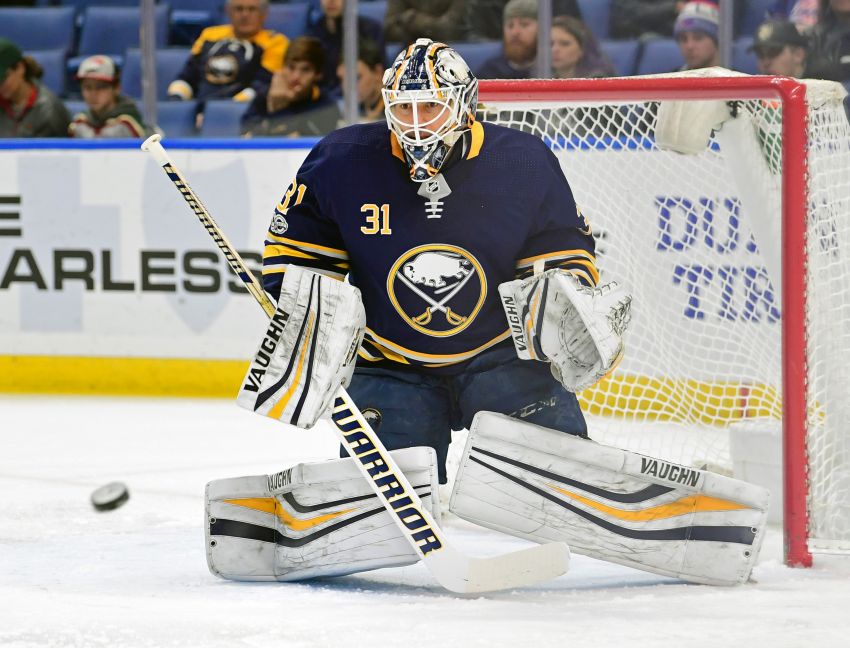 BUFFALO – Over the past five games, Robin Lehner has morphed into the Sabres’ backbone, tending his best goal this season.

But coming off Thursday’s 2-1 road loss in Philadelphia, Sabres coach Phil Housley wants to give goalie Chad Johnson some action.

So Johnson the backup will play tonight against the Carolina Hurricanes, his first nod since Dec. 2 and just his second appearance in 11 games.

Johnson, 31, has some poor numbers this season, although he has received a stunning lack of goal support. In his last six outings, the Sabres have scored just once each game with him on the ice.

“We haven’t given him a lot of run support in the goal department,” Housley said. “He needs to get a game.”

Still, other than a 20-minute start Nov. 22 in which he allowed three goals before getting yanked, Housley believes Johnson has performed “really well.”

That game, a 5-4 loss to Minnesota, was Johnson’s last home appearance.

“Then Robin came and played real strong these past six games,” Housley said.

Housley said the rest of tonight’s lineup will be decided before the game. Defenseman Nathan Beaulieu has recovered from the flu and skated in Thursday’s warm-up before sitting out his fifth straight game.

One thought on “Sabres goalie Chad Johnson to start against Hurricanes”