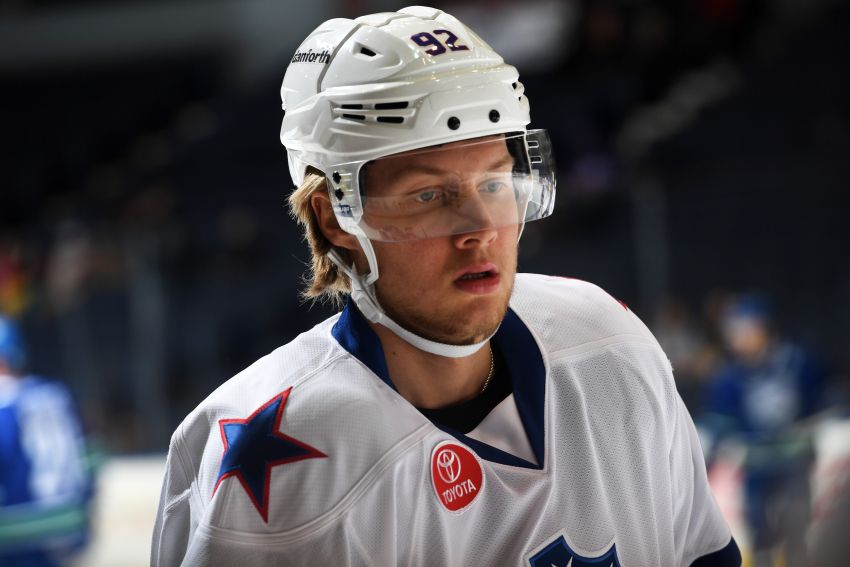 BUFFALO – If the Sabres want to jumpstart prospect Alexander Nylander’s season, they have a pretty strong option.

Nylander, 19, has endured a rough four months. After suffering a lower-body injury in rookie camp, the slick forward missed all of the main camp and didn’t make his season debut until Nov. 17 with the Rochester Americans.

So far, Nylander has struggled in his second AHL season, compiling one goal, four points and a minus-8 rating in 12 games.

But the Sabres can send Nylander, the eighth overall pick in 2016, to Team Sweden for the upcoming World Junior Championship in Buffalo.

The Sabres’ old regime assigned him to Sweden for last year’s tournament.

“They’ve been very accommodating with that situation there,” said Botterill, who represented Team Canada in the tournament three times in the 1990s. “I’ve always been a big proponent of the world juniors. I think it is very good for their development.”

Nylander dazzled at times during the last two tournaments, scoring nine goals and a whopping 21 points in 14 games.

Botterill spoke this morning outside KeyBank Center because the Winter Classic Ice Plant truck stopped on its way to New York. The Sabres and New York Rangers play in the New Year’s Day tilt at Citi Field.