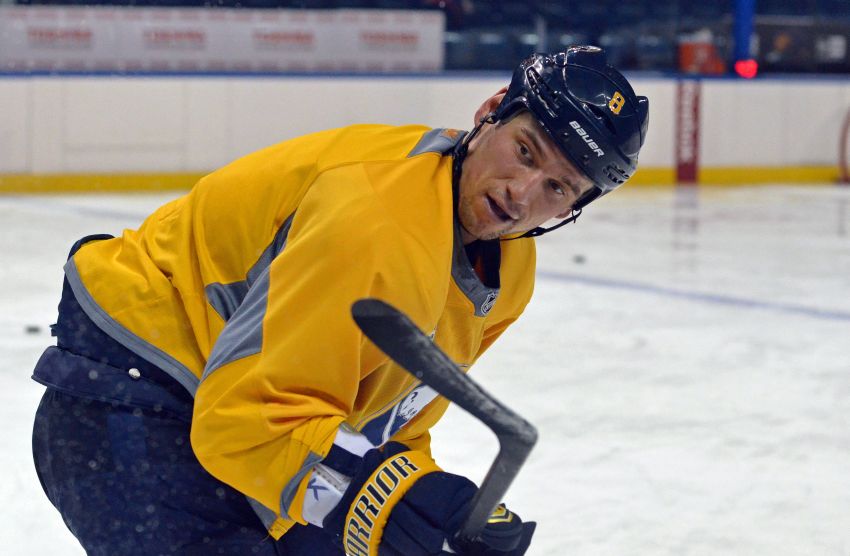 BUFFALO – Forward Cody McCormick missed today’s practice but could accompany the Sabres to Chicago for Saturday’s game against the Blackhawks.

Brian Flynn subbed on his line between Nick Deslauriers and Torrey Mitchell.

“Just maybe give the young kid a little bit more safety, safety net around him with those two guys and get Gionta and Cody some speed in the middle,” Nolan said inside the First Niagara Center. “Girgensons was by far our best player last night.”

The Sabres sent forward Johan Larsson to Rochester this morning. Larsson will play in the Americans’ season opener tonight. He suffered a possible concussion Sept. 28.