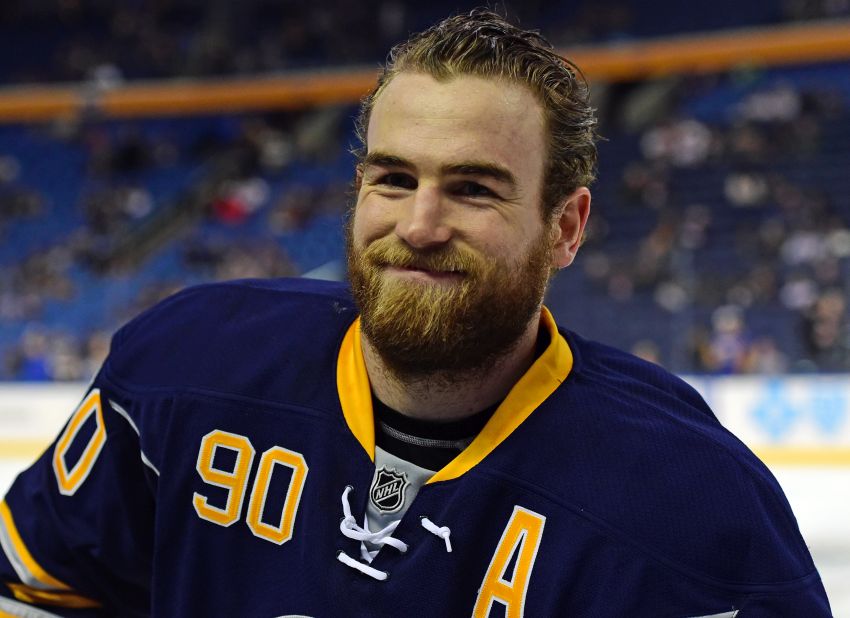 BUFFALO – When center Ryan O’Reilly joined his new teammates seven months ago, the stench leftover from consecutive 30th-place finishes – the culture of losing, it could be called – still lingered around the Sabres.

“I think you could sense it a bit, for sure,” O’Reilly said Sunday as the Sabres held their end-of-season meetings inside the First Niagara Center following a 35-36-11 finish. “I think there’s a lot of habits, when you look at winning teams, they do that make them successful. I think we lacked a lot of things.”

The Sabres never, however, lacked the ability to play the game, defenseman Josh Gorges said. They just couldn’t do it consistently.

“And it showed early,” he said. “We lost a lot of games just because we (weren’t) mentally prepared to do things we needed to do.”

Early on, the Sabres, a group with about 10 new players with new coach Dan Bylsma, looked raw. They lost a lot, too, falling back to the bottom of the NHL after briefly hitting .500 in early November.

But the Sabres slowly developed chemistry and better habits. The standard changed. The maturity and professionalism they lacked in the beginning of the season materialized, Gorges said.

The Sabres began building an identity as an aggressive team that was hard to play against for 60 minutes.

For the first time in years, the Sabres ended a season with some genuine optimism. Earning 27 more points will do that.

“The second half of the year we figured a lot out about ourselves, guys kind of bought into what their roles were and what they needed to do to help this team win,” Gorges said. “If you look at the last (half), what our record is, if we had that the whole way through, we would’ve been fighting for a playoff spot. So we did take steps.”

Gorges said those steps over the final 30 or 40 contests created a “drastic difference” in how “we played and perceived the game.”

Still, missing the playoffs for the fifth straight season stings.

“Definitely disappointed … not being able to compete for a Stanley Cup,” O’Reilly said. “It’s a process. There’s been a lot of growth in areas, which is good. But again, there’s still a lot of improvement that needs to happen.”

Considering some of the game’s best young talent buoyed the Sabres in 2015-16, a playoff berth will likely be expected next year.

Jack Eichel, 19, and Sam Reinhart, 20, quickly became two of the NHL’s best rookie forwards and showcased strong chemistry as linemates late in the season. O’Reilly, 25, was an NHL All-Star and became the first Sabre to hit 60 points in four years. Rasmus Ristolainen, 21, often looked like a franchise defenseman playing more than 25 minutes a game.

The Sabres, of course, still have a long way to go. Their growth is so visible because they were coming off two wretched seasons in which they fielded weak lineups during a deep rebuild.

They scored only 199 goals in 2015-16, 46 more than last year. Still, they failed to hit the 200-goal mark in a full season for the fourth time in franchise history. Their offense ranked 25th overall.

They allowed 216 goals this season, 54 fewer than last year, moving from 29th in the league to 16th.

Despite improving 100 goals – yes, it’s really that high – the Sabres finished 23rd overall and seventh in the eight-team Atlantic Division.

But the season wasn’t really about numbers.

“We changed the culture of the Sabres, and that’s what we wanted to do this season,” Eichel said. “You’re never satisfied when you’re not in the race, the mix, potentially (for) a playoff spot.

“But for what we did, when you look at our last 40 games, good winning percentage, and if we continue that for a full season we’ll be in the mix for a potential playoff spot.”