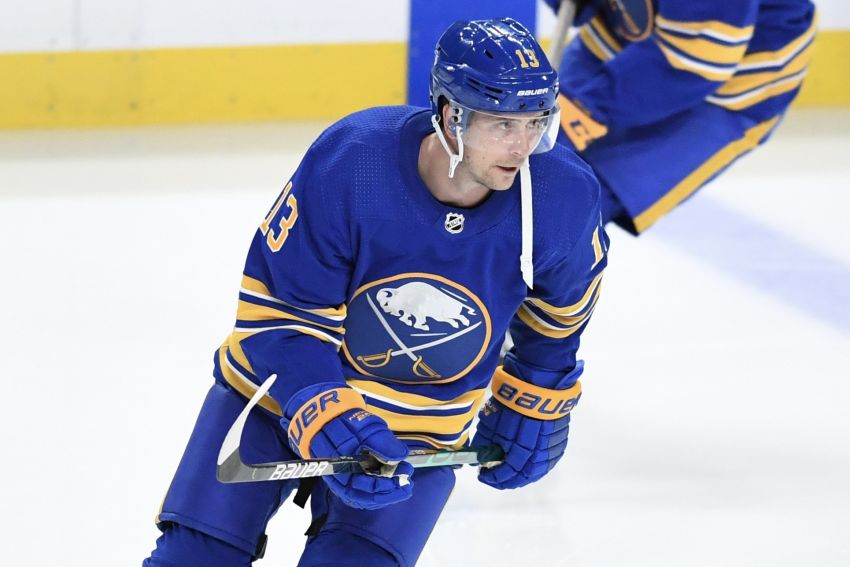 BUFFALO – Sometimes, Mark Pysyk said, it seems like he only left the Sabres a week ago. Other times, however, he acknowledged it feels like it has been a long time.

The Sabres, who signed a one-year, $900,000 contract to return, left in 2016. Only one teammate from the affable defenseman’s first run here, center Zemgus Girgensons, is still with the team.

“I see him walking around, the way he plays, his body takes a beating,” a smiling Pysyk after the Sabres prepared for tonight’s preseason game. “So he is for sure the old man.”

During Pysyk’s first stint here, he and Girgensons were considered key pieces of the Sabres’ future as they began rebuilding. These days, as the Sabres begin another rebuild, they’re two of the team’s elder statesmen.

Pysyk, who will play tonight against the Detroit Red Wings, said he has been asked what will happen to the Sabres this season. So far, what he has experienced encourages him.

“I’m telling them from the first week of camp, the skates, there’s so much speed here that it’s going to be a fun team to watch the next couple years, this year included,” he said this morning inside KeyBank Center. “There’s a high level of skill here and the attitude’s there. I think everybody wants to succeed and wants to work hard.

“You can just tell by how our skates have been. The intensity’s been up, everybody’s really pushing each other. It’s a good feeling around here.”

Pysyk, the 23rd overall pick in 2010, played his last game for the Sabres on April 9, 2016 before they traded him to the Florida Panthers. He spent four years with the Panthers before signing with the Dallas Stars last season.

He was partnered with newcomer Robert Hagg this morning.

An opportunity to play defense regularly – Pysyk would often moonlight as winger over the past two seasons – helped draw him back.

“It’s good,” he said of being a defenseman. “That’s where I’ve played my whole life. It’ll be good to get into some games here on the back end again and get back in the swing of things.”

Eleven players who played in Tuesday’s preseason opener in Columbus, a 5-4 shootout win over the Blue Jackets, will dress again tonight. Sabres coach Don Granato said any returning player or veteran who hasn’t played after tonight will likely skate in Friday’s home game against the Pittsburgh Penguins.

“I thought Dylan didn’t look himself and he probably needs more games and he’ll get to that,” Granato said. “So I thought I’d throw him back in for that reasons and then other guys a little bit along the same lines.”

But assistant coach Mike Bales, who’s  in charge of the goalies, asked Granato if he was comfortable with the Sabres’ top goalie prospect playing a full game.

“I’m fine with that,” Granato said. “I think he’s had enough hard practice time that he might be ready for the full game.”

Here is the rest of tonight’s lineup. Players in bold played Tuesday.

Goalie Mat Robson will back up Luukkonen. Granato said a shootout will follow the game. Home teams can request one this preseason.