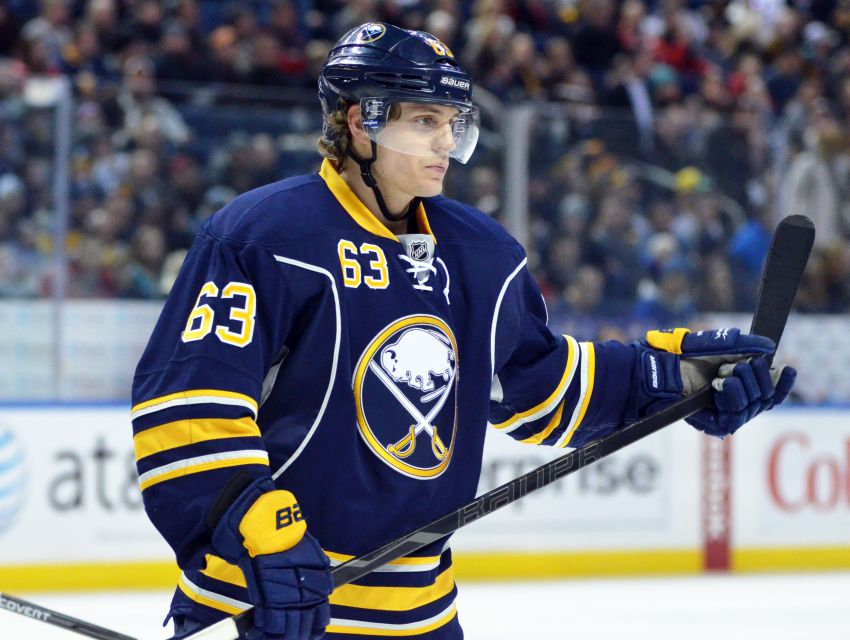 BUFFALO – The five-year, $23 million commitment illustrates the Sabres’ strong belief in Tyler Ennis, their leading goal scorer and No. 1 center.

At 24 years old, the 5-foot-9 speedster has become a cornerstone for the rebuilding club.

Clearly, the Sabres believe Ennis will keep growing. He had a career-high 21 goals in 2013-14, a season in which he developed into the team’s top offensive threat under new coach Ted Nolan.

“I truly believe Tyler’s a 25- to 30-goal scorer in the NHL,” Eustace King, Ennis’ agent, said by phone. “I believe he’ll be a 70-point plus guy at some point in the NHL, and I think he’s a young man that’s always been told he couldn’t do it. There’s been a lot of doubters. He’s always had to push on and prove guys differently.

“I think that his love for the game, his compete level and then his natural skills are what make him such a good player in that he can be one of those type of key cornerstones of a franchise in Buffalo moving forward because of his character and his commitment.”

Kings thinks Ennis’ past exploits – he was a dominant scorer in junior and the AHL – prove he could become one of the NHL’s top undersized talents someday.

“He’s not Patrick Kane today,” King said about the Chicago superstar, who’s around Ennis’ size. “But I believe he has the ability to move into that family of players over his career and be known as a really high-end small guy.”

Ennis, the team’s last notable restricted free agent, is the third scoring forward the Sabres have inked to a long-term deal in the past 10 months. Moulson signed a five-year, $25 million deal July 1. Winger Cody Hodgson signed a six-year, $25.5 million contract before last season.