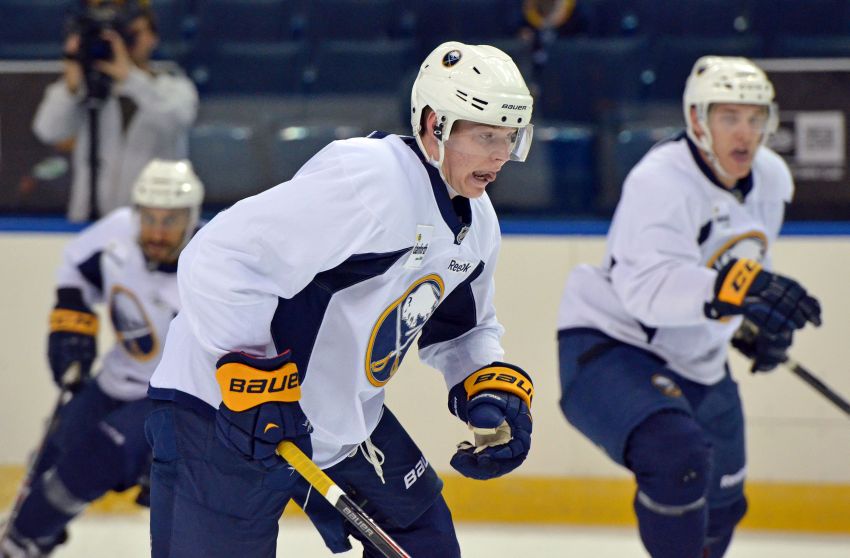 BUFFALO – Before development camp started this week, Chadd Cassidy knew nothing about Maxwell Willman. Heck, very few had heard of the winger until the Sabres drafted him 121st overall last month.

Willman mostly went unnoticed playing at Barnstable High School in Hyannis, Mass., a popular tourist town in Cape Cod. He nearly left the game to attend Quinnipiac University as a regular student. But Willman transformed himself into a prospect last year playing at Williston Northampton, a prep school in his home state.

“For whatever reason, my eyes kept going to him and watching him, seeing a lot of little things that he did well,” Cassidy, Rochester’s coach, said Thursday inside the First Niagara Center.

“He’s a guy that has really probably surprised me more than anyone here at camp,” Cassidy said.

How did Willman, who will play at Brown University this fall, morph from an unknown high schooler into a fifth-round NHL draft pick in barely a year?

“I think just gaining confidence every step of the game, just knowing that I can play at the next level and I can compete with some of these guys out here and just working hard, never giving up and just keep on going,” said Willman, who will attend Brown University this fall. “It’s definitely exciting the journey that I’ve took.”

Willman acknowledged he wasn’t ready to be drafted after finishing high school.

“That year at Williston definitely helped a lot, getting bigger, stronger and faster and just knowing the game a lot more,” he said.

“I like attacking on the rush, stickhandling, going by guys,” he said. “I think I have a quick shot I can beat goalies with. It’s not the hardest but it’s quick and accurate. I like to move the puck, get it back and just use my vision on the ice.”

“Hopefully,” he said, “he can put some muscle on that frame as he develops and goes to college.”

The Sabres like more than Willman’s skill. He takes pride in his character. After drafting him, general manager Tim Murray called him a kid you’d “want your daughter to marry.”

“I saw that one on Twitter,” Willman said. “That was pretty funny.”