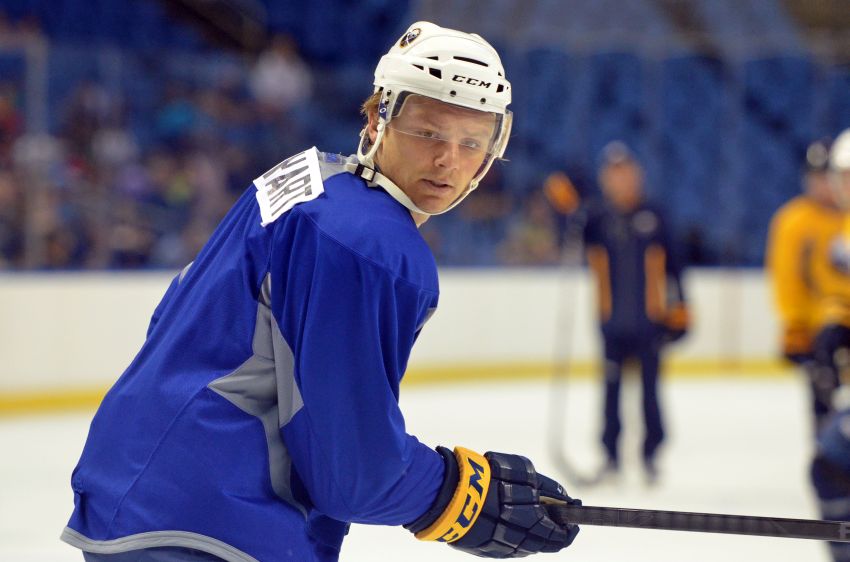 “He’s talking to certain individuals, and he’s at a point where he’s talking contract with a couple individuals,” Murray said this afternoon inside the First Niagara Center. “Now, whether the money and term suits them, I don’t know that. We’re not there yet.”

Following the season, the Sabres fired or reassigned the coaches Nolan inherited.

“Could’ve even skated yesterday,” Reinhart said following the end of camp. “But trainers thought it was the best thing. It’s been a busy couple weeks.”

Prospects skated around and held up a trophy the Sabres presented to Mikhail Grigorenko’s winning gray team.

Murray likes a three-on-three format more than a regular scrimmage.

Battling was the camp’s main theme.

“We set it up to be a type of a battle camp where effort and work ethic will be rewarded or will be noticed,” Murray said.

Related: Sabres prospect Mikhail Grigorenko takes responsibility for past struggles: ‘It was probably no one’s fault but mine’