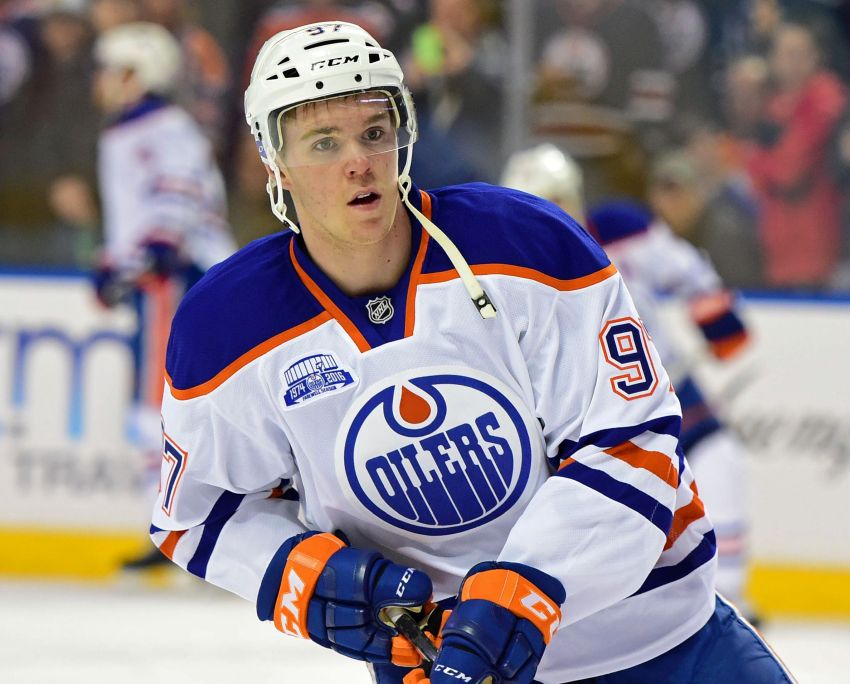 BUFFALO – The hype has died down a bit for the second meeting between Jack Eichel and Connor McDavid, the two dynamic centers drafted first and second in 2015.

When McDavid’s Edmonton Oilers visited Buffalo on March 1, it felt like the Sabres were hosting a playoff game. KeyBank Center had a buzz not felt around these parts in years.

Of course, plenty of hype still surrounds tonight’s meeting. A game featuring the youngsters will likely always be a marquee tilt. Reporters crowded around Eichel and McDavid, the NHL’s leading scorer with 34 points, this morning. Fans circled this date on their schedules months ago.

It will be hard to match last year’s meeting, when McDavid scored 22 seconds into the game before his overtime goal clinched a 2-1 win just seconds after Eichel nearly scored.

“It’s certainly not as big as last year and that’s to be expected, that’s good,” McDavid said this morning. “I think it can be a bit of a sideshow sometimes and this year we get to focus on playing.”

Eichel, who just returned from a high left ankle sprain, always downplays the meetings, sometimes even seems annoyed by it.

“You guys are obviously going to make it look like it’s Eichel-McDavid, that whole thing,” Eichel said. “It’s a team game. It’s always been a team game. I think we’re all looking at it, I know myself included. I’m sure he’s looking at it the same way as two hockey teams playing against each other.”

But as long as Eichel and McDavid are around, there will always be anticipation, Sabres coach Dan Bylsma said.

“You sense it the beginning of this year as well, not just with Connor, but with the young players in the league,” he said. “I think they’re forever going to tied to each other. … I think there’s certainly some anticipation of them playing against each other tonight.”

The Sabres shut McDavid down throughout the Sabres’ 6-2 win Oct. 16 in Edmonton, limiting him to just one shot on goal. It’s one of only nine times this season he has been held pointless.

Eichel missed that game with the high left ankle sprain that sidelined him until last Tuesday.

Sabres defensemen Josh Gorges and Rasmus Ristolainen mostly worked on McDavid that game. With Gorges out with a foot fracture, Ristolainen will team up with Jake McCabe.

How do the Sabres stymie McDavid and the speedy Oilers again?

“Get on top of the speed that Connor has,” Bylsma said. “It’s not just Connor. … They’re tough to handle once they’re in full flight. I thought we did a good job of getting on top and disrupting the speed, getting in his ice early and often, and that’s not an easy task to do. He’s got speed from 200 feet away from the goalie.”

McDavid has a two-game point drought for the fourth time this year. He hasn’t gone three games without a point yet.

– Sabres goalie Anders Nilsson, tonight’s starter, is 4-2-2 with a 2.30 goals-against average and a .934 save percentage in eight games. The Swede played 26 games with the Oilers last season.

– Tonight will complete the third of a league-high 19 back-to-back games for the Sabres.

– Eichel is fourth in NHL All-Star Game voting among Atlantic Division players through one week of voting, according to the NHL.