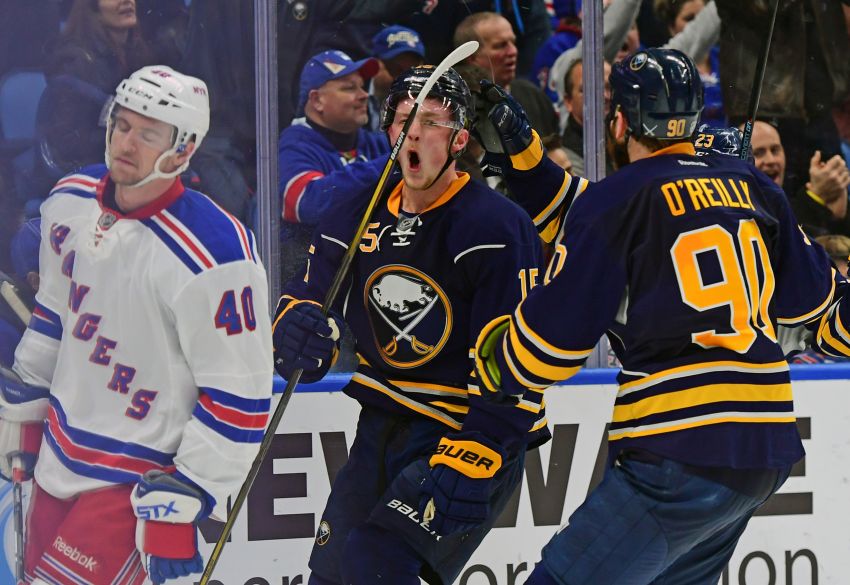 “Going through an injury like this, you know it’s going to come back,” Eichel told a crowd of reporters this morning inside KeyBank Center.

“It’s the first time he’s had any incident on the ice where he did feel the ankle,” Sabres coach Dan Bylsma said.

In other news, Sabres goalie Anders Nilsson, who played for Edmonton part of last season, will start tonight, the backup’s eighth start.

Check back later for more on the second NHL meeting between Eichel and McDavid, the top two picks in the 2015 NHL Draft.