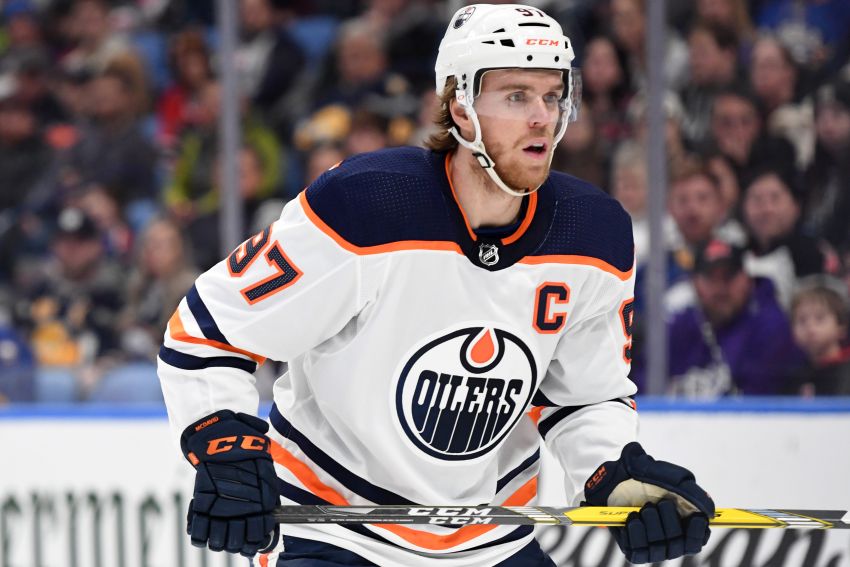 BUFFALO – The most scintillating goal of superstar Connor McDavid’s career, the one in which he split four New York Rangers on Saturday, reminded Sabres coach Don Granato of a psychology study he once read.

“Fifty people see an incident, no one calls 9-1-1 because they think the other person’s going to call 9-1-1,” Granato said following Thursday’s practice. “That’s what it made me think of when I saw that.”

For the first time since Jan. 2, 2020, the Sabres will face McDavid’s Edmonton Oilers on Friday at KeyBank Center. McDavid, 24, keeps getting better.

The dynamic center amassed a stunning 33 goals and 105 points in just 56 games last season. Entering Edmonton’s game Thursday against the Boston Bruins, his 23 points in 11 contests tied him for first in the NHL with teammate Leon Draisaitl.

What puts McDavid on such a higher level than other players? Granato said his acceleration and the way in which his lower body connects to his hands.

“It’s almost like they’re connected and yet they’re fluid and loose,” he said. “Sometimes you get going so hard skating, your upper body is little bit more tense. Him, he has, it’s almost like there’s a separation of fluidity between the two. … It’s fun to watch for everybody, except when you play against him. You hope that’s not the case.

“But … the dynamic speed and the ability to change gear is what happened (on Saturday’s goal). You think you got it. His speed is one thing but when he can hit another gear, because you’re always trying to gauge speed and try to match it. The moment you match it, he hits another gear, and you see that in a lot of highlights of his.”