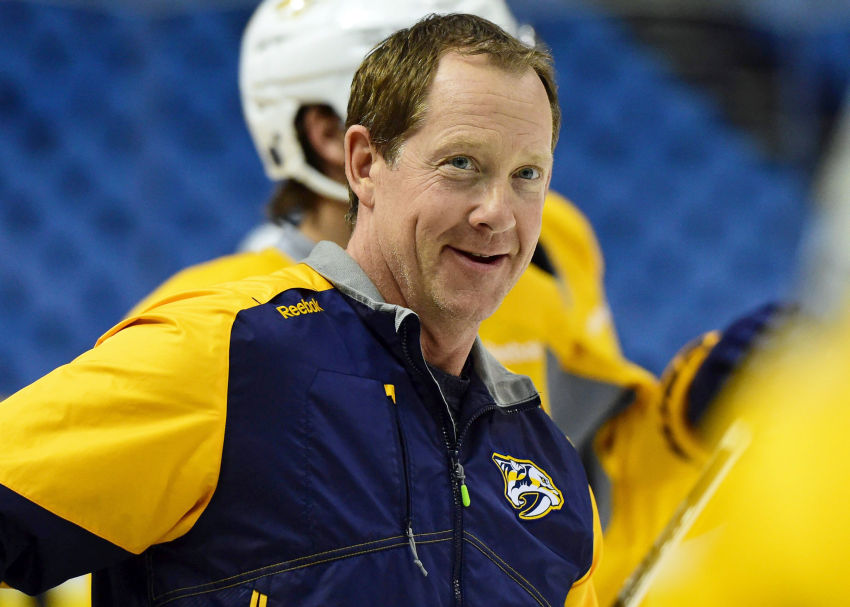 BUFFALO – It was September 1982, and before the Sabres headed to Montreal for their first exhibition game, the team bus stopped at a hotel to pick up some players.

Phil Housley, an 18-year-old just months removed from high school, thought the bus was going to another hotel. So the green rookie, who was with his girlfriend, Karin, decided to bring his future wife on the bus, a big no-no.

“Everybody was on the bus,” Housley, who was inducted into the Hockey Hall of Fame earlier this month, recalled Wednesday.

That’s right, everybody, including legendary coach Scotty Bowman, who was sitting in the first row.

Teammate Lindy Ruff, who would become Housley’s close friend, leaned over and said, “Uh, Hower, you’re not supposed to have your girlfriend on the bus.”

So Housley escorted Karin off the bus.

“Believe me, it was one of the most embarrassing moments,” Housley said.

When the Sabres finished the game in Montreal, Housley earned second star honors in his debut. After his stick salute on the ice, he saw Bowman on the bench.

Housley morphed into one of the greatest offensive defensemen in NHL history, amassing 338 goals and 1,232 points in 1,495 games. He often gets nostalgic talking about Buffalo and his eight seasons with the Sabres, and Wednesday, when Housley was in town as an assistant coach with the Nashville Predators, was no different.

He talked about the Sabres’ first-round sweep of the Canadiens in 1983, being teammates with Gilbert Perreault and the awe of playing in the Montreal Forum and seeing Guy Lafleur, his idol.

Housley credits Bowman, who took a chance drafting him sixth overall, for helping him prosper.

“You hear the rumors about Scotty and just him being a great coach,” Housley said. “The first time I met him I thought he was a great man. He really allowed me to do and play the game that he wanted me to play. I think that was important. He didn’t put too much pressure on me. He sort of just let me play.

“The leaders of that team my first year were excellent and made me feel really comfortable. But Scotty was great in developing me as a young man.”

The Sabres honored Housley with a montage of highlights during the first period.

Hodgson, who signed a one-year, $1.05 million contract with the Predators, began Wednesday with one goal and four points in 20 games this season. He scored his only goal in the 12th game.

Shortly after Bylsma spoke, Lehner was seen leaving the arena in a walking boot on a scooter. The Sabres said Lehner would miss six to 10 weeks after getting injured Oct. 8, opening night.

Winger Evander Kane, who was questionable with a lower-body injury, played.