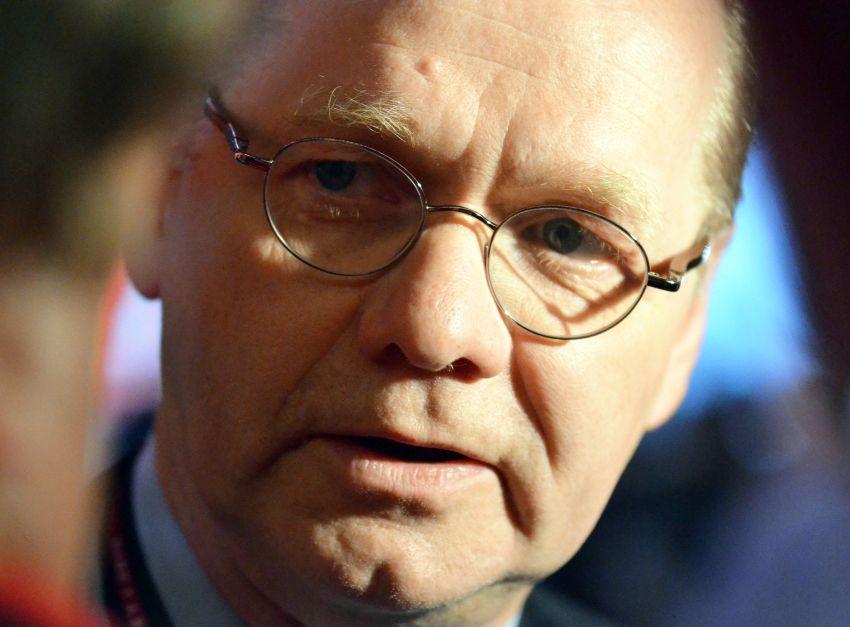 Sabres general manager Darcy Regier said Tuesday he has spoken to the players’ agents and both sides plan to continue chatting.

“As I’ve stated before, it’s incumbent upon me to have a sense of what the marketplace is or re-sign them versus allowing them to become unrestricted and just have very good assets walk out the door,” Regier said during a news conference inside the First Niagara Center to discuss the team’s recent draft.

Regier said the Sabres are “open to” starting contract extension talks with Miller and Vanek. Of course, open to surveying the market, he said.

“From a developed marketplace, it’s very limited, and I think now you can start signing guys as of July 5, guys that are going into the last years of their deal,” Regier said. “You’ll see that market formulate, and that will have an effect on what we do and what our players do as well.”

The Sabres plan to contact Daniel Briere, the team’s popular former co-captain, Regier said. Philadelphia recently bought out the star center, making him a free agent. While the 35-year-old is graying a bit – injuries helped limit him to just six goals and 16 points in 34 games last season – at least 15 teams have reportedly expressed an interest.

Respected forward Matt Ellis, who became Rochester’s captain after getting sent down last season, will likely be re-signed soon.

Meanwhile, Regier said forward Cody McCormick, who was also sent to the AHL last season, will either be with the Sabres in 2013-14 or somewhere else in the NHL. He doesn’t think McCormick will clear waivers again. A trade is possible.

Defenseman Alexander Sulzer will become unrestricted but Regier didn’t rule out re-signing him. The German played 17 games last season before tearing his ACL.

The Sabres could bring back defenseman Adam Pardy for depth if he doesn’t receive a one-way contract, Regier said.

Shortly after trading Andrej Sekera to Carolina during Sunday’s NHL Entry Draft, Regier phoned the 27-year-old puck-moving defenseman, who played 339 games and spent five full seasons with the Sabres, and “thanked him for his contribution and for being a professional.”

Dealing a “first-class person” wasn’t easy, Regier said. But the Sabres have youngsters in the pipeline and needed another right-handed shot, something they acquired in Jamie McBain.

“We feel strongly that we need left-hand, right-hand combinations are important,” Regier said. “Ron has stressed that in order to both make plays and defend coming out of our zone. … Unfortunately, in these situations you lose good people in order to try to advance the team.”

What do the Sabres possess in the 25-year-old McBain?

“He’s a good puck-mover and can play on your power-play unit, probably the second one,” Regier said. “He had a tough year last year. He’s someone that (coach) Ron (Rolston) knows from the national programs. (AHL coach) Jon Hynes, who Ron worked with, had very good things to say about him.”

Notes: Chadd Cassidy, who took over for Rolston on an interim basis in Rochester, will return to the Americans in some form, Regier said. … Regier said slick prospect Mikhail Grigorenko won’t be going back to junior. The 19-year-old isn’t eligible to play in the AHL yet, however. Because he has no European contract, 18-year-old defenseman Ramsus Ristolainen, the eighth overall pick Sunday, is eligible to play in Rochester next season. Grigorenko can’t play in the AHL because he has still has eligibility in the QMJHL. … The Sabres drafted a league-high 11 players Sunday. Their five picks in the first two rounds also topped the league. They also had five selections in the first two rounds in 1982 and 1983. … The Sabres will hold a three-day prospect development camp next week. … According to a preseason schedule the Maple Leafs have released, the Sabres will host them on Sept. 21 and play in Toronto the next night.