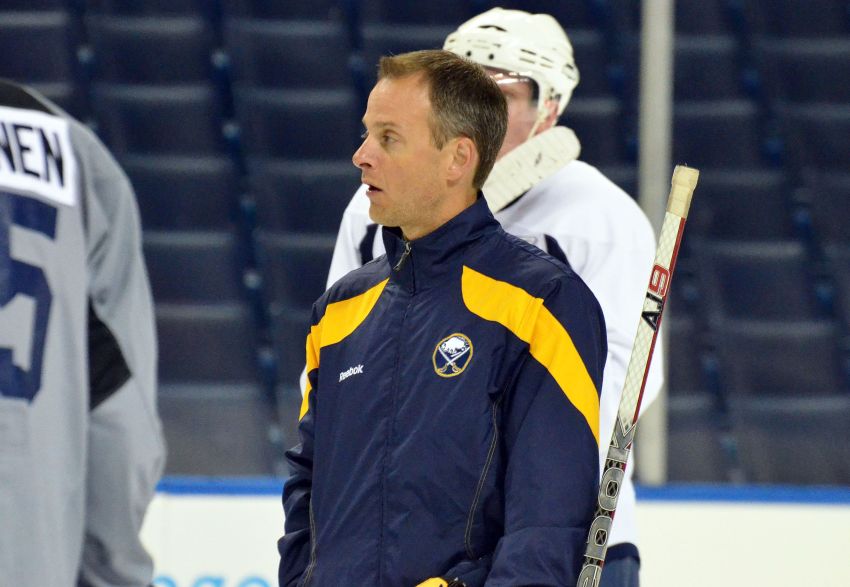 On Feb. 20, Cassidy, then Ron Rolston’s top assistant, was going through his regular routine inside the Blue Cross War Memorial, preparing for a game against the Texas Stars that night.

In summoning Rolston to replace Lindy Ruff on an interim basis, the Sabres put Cassidy in charge of the AHL club.

“It was an interesting transition just because of the way it happened, obviously, it coming so suddenly,” Cassidy said by phone Wednesday. “But I obviously felt I was ready for it. … It had its challenges because it was such an interesting time for the organization.”

The Sabres also recalled Kevin Porter with Rolston, leaving the Amerks without their captain and a top scorer. The moves “shook our players a lot more than we probably realized at the time,” Cassidy said.

“So it took us a little while to get going,” said Cassidy, who lost his first four games as coach. “But we have really good leadership here. It was really good just in terms of being able to rely on the guys that were here to help me out with the transition and get things going in the right direction.”

In 11 years as a professional, new Amerks captain Matt Ellis hadn’t experienced a day like Feb. 20.

“Coming to the rink and all of a sudden, ‘Hey, your head coach just got called up’ kind of thing,” Ellis said. “It was a tough thing to handle, a tough thing to make sense, especially with a lot of (young) players. That right there is one of the first examples of how quickly things change. We struggled a little bit.

“These guys had played with Ports all year. He was their leader. He was their captain, the guy that steered the ship. Coach is gone and your captain is gone. … But I think once we digested it, settled in, it kind of brought the group together.”

With a roster in flux – the Amerks have recently lost forwards Luke Adam and Brian Flynn and defensemen Adam Pardy and Mark Pysyk to the Sabres – Cassidy is 12-9-1 as coach. The Amerks rank sixth in the Western Division.

Naturally, if the job opens up, Cassidy, Rolston’s right-hand man for eight years, would love to take it over permanently. Before February, Cassidy’s only previous head coaching experience was at the National Sports Academy, a private prep school in Lake Placid.

“Every assistant coach wants to be a head coach at some point and be able to show they can run their own show and do the job,” Cassidy said.

“He’s got the game down, does a great job at getting his message across,” Ellis said. “It’s very positive, very upbeat, and I think that’s huge at this level, especially with a lot of young players, handling their confidence and their feelings working their way through a season.”

The Sabres, who host the Montreal Canadiens tonight, had Wednesday off.