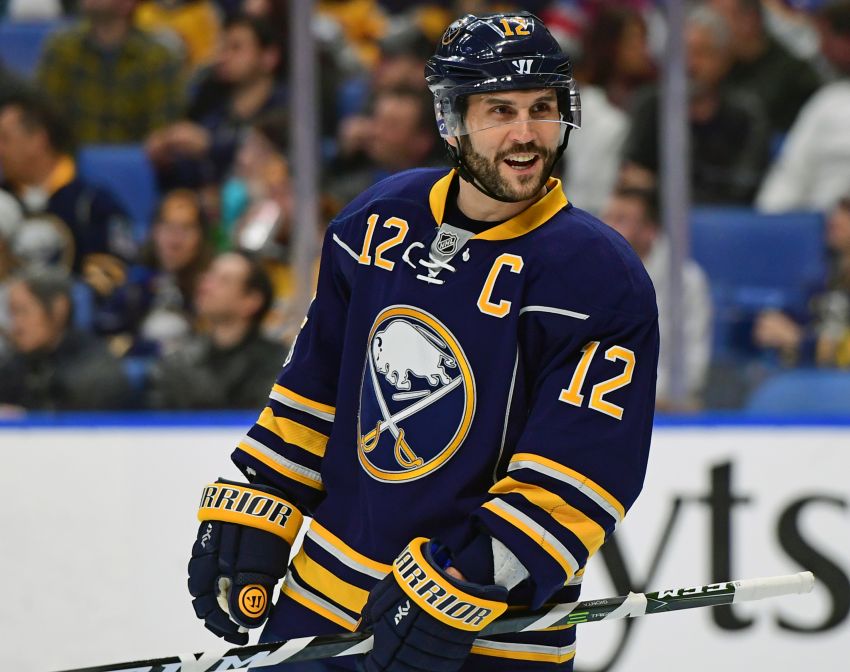 BUFFALO – Brian Gionta said it again Tuesday, that despite a small chance of reaching the playoffs and an expiring contract, he wants to stay with the Sabres, the team he has captained three seasons.

“I’ve made my position pretty clear,” Gionta said prior to the Sabres’ 5-4 overtime loss to the Nashville Predators inside KeyBank Center. “I’d like to stay here. I’d like to be here going on in the future. I want to see this thing through.”

Of course, the Sabres don’t have to honor the 15-year veteran’s wish before today’s 3 p.m. trade deadline.

Even at 38, an advanced NHL age, Gionta has value. The Greece native is still productive and durable. He also earned a Stanley Cup ring with the New Jersey Devils in 2003.

Realistically, Sabres general manager Tim Murray must be listening to offers for Gionta, who has 13 goals and 29 points in 63 games after scoring early Tuesday and adding an assist.

So what if Murray approaches Gionta with a deal to a team not on his list?

In a swap of AHL players Tuesday, the Sabres acquired defenseman Mat Bodie from the New York Rangers for forward Dan Catenacci.

This campaign, Linus Ullmark’s second in North America, has turned into what the loquacious Sabres goalie thought his rookie season would be like.

Ullmark looked impressive, even like a future No. 1 netminder during 20 NHL games. But Lehner and Nilsson have mostly stayed healthy this season.

Ullmark, meanwhile, has stayed in the AHL, becoming the Americans’ workhorse goalie. He had only dressed as an NHL backup a few times before Tuesday.

Sticking with the Amerks has helped Ullmark develop. While his numbers don’t look overly impressive – he’s 20-20-2 with a 2.90 goals-against average and a .910 save percentage – he has become the Amerks’ best player and MVP.

“Linus has … played extremely well, I think without a question their best player down there this year,” Sabres coach Dan Bylsma said.

The Sabres had three goalies on the ice Tuesday morning. Lehner joined his teammates late after getting cleared. He sat out Sunday’s disappointing 3-2 loss in Arizona after getting hit in Saturday’s 5-3 setback in Colorado.

It appeared Ullmark might start his first NHL game since April 9, but Lehner was healthy enough to start his 44th contest.

Update: Ullmark has been sent back to the Amerks.

2 thoughts on “Captain Brian Gionta wants to stay with Sabres”