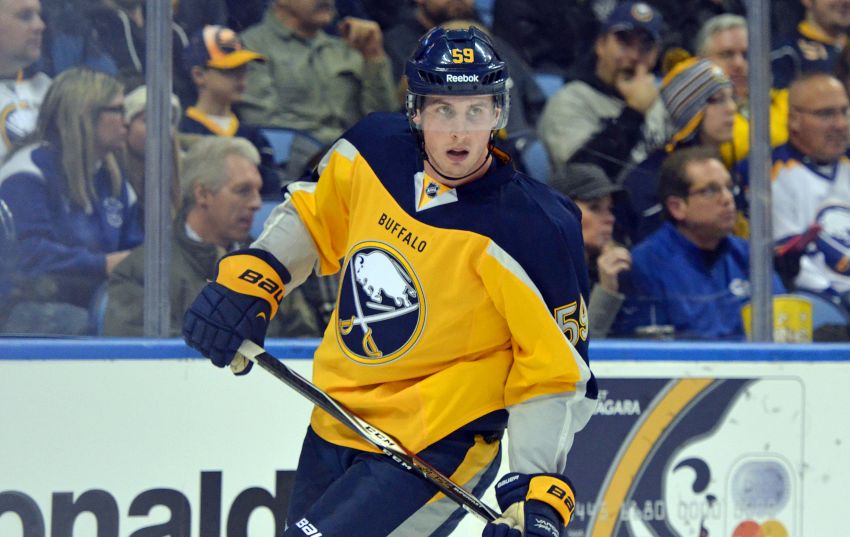 “Get yourself to Buffalo tonight,” Cassidy told Schaller, who had been sent down following his NHL debut Saturday.

Schaller hopped in his car and arrived at the First Niagara Center around 4 p.m.

The Sabres summoned Schaller for their 2-1 shootout win against the Tampa Bay Lightning because forward Cody McCormick is still undergoing concussion protocol.

After participating fully in Tuesday’s morning skate, McCormick spoke to reporters about his recovery.

It was assumed McCormick, out since Eric Fehr’s skate hit him on the chin Nov. 22 in Washington, would return.

But McCormick missed his fourth straight game. With winger Drew Stafford also out (lower body), the Sabres only had 11 healthy forwards.

“He was going in,” Sabres coach Ted Nolan said about McCormick. “We had to look at it. He’s still a little bit away.”

McCormick escaped without even a cut from Fehr’s skate.

“Watching the replay, it was pretty close,” McCormick said. “I consider myself lucky coming out of that without a cut on my face.”

Schaller, meanwhile, skated on the fourth line between Nick Deslauriers and Patrick Kaleta.

The Sabres gave the 24-year-old Schaller a long look during training camp. He has started strongly with the Amerks, compiling five goals and 15 points in 20 games.

“That’s always in your mind,” Schaller said about getting recalled. “If you play well, it could happen. You try not to focus on that stuff.”

His debut in Montreal, a 4-3 shootout win, “was everything I hoped for,” he said.

“I thought I did my job pretty well the whole night,” Schaller said.

Sabres defenseman Josh Gorges, out since hurting his knee Nov. 11 in St. Louis, returned from a seven-game absence.

Gorges played much sooner than many expected.

Of the 17 forwards on the preliminary Team USA world junior championship roster released Tuesday, only two youngsters – Adam Erne and Auston Mathews – have scored more goals this season than Williamsville native Justin Bailey, who was left off despite having 15 goals in only 24 games with the Kitchener Rangers.

Making the world junior squad has been a huge motivational tool for the 19-year-old Sabres prospect.

Bailey certainly has the statistics – he also has 15 assists – to be on a preliminary roster.

Remember, Bailey wasn’t invited to USA’s big summer camp in Lake Placid. The odds were stacked against the 52nd pick in 2013.