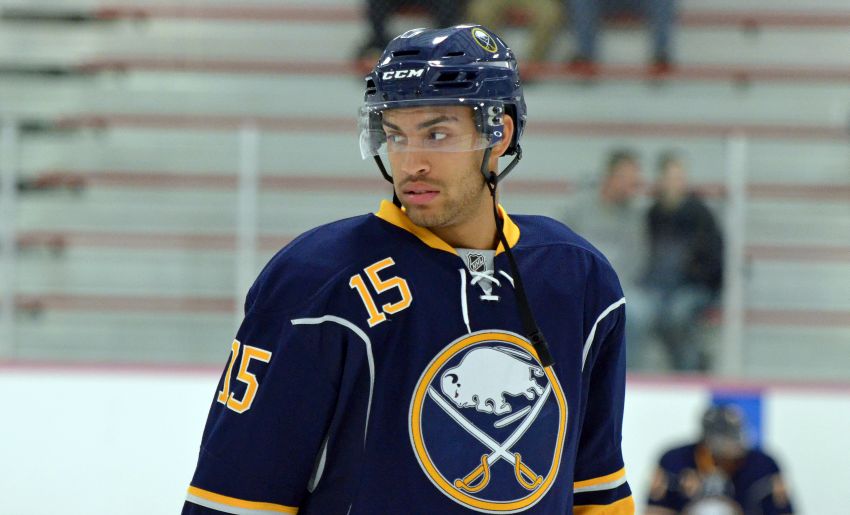 BUFFALO – These days, the Kitchener Memorial Auditorium starts to buzz each time Sabres prospect Justin Bailey touches the puck. The 6,200 fans sense something special is about to happen.

Bailey, a slick 19-year-old winger, might score another scintillating goal.

“He’s an electrifying player,” Kitchener Rangers coach Troy Smith said by phone Wednesday. “Whenever he’s out there, our fans, you can kind of hear the buzz in the building just because of his speed and his ability. He has the ability at this level to take over a game when he feels like he needs to.”

Bailey has taken over plenty of games this season, scoring a whopping 14 goals and 29 points in 19 contests. Four goals and seven points in three games, including a hat trick Friday, just earned him Ontario Hockey League Player of the Week honors.

The Williamsville native, the 52nd pick in 2013, has morphed into a star in his third OHL season.

“I think the details of his game have come a long, long way,” Smith said. “When he first came here, he just relied on his skill, and now he’s really turning himself into a pro. He’s getting to the rink earlier to make sure he’s prepared every day … he’s using his natural ability to really be a difference-maker.”

Bailey credits a strong offseason for his scorching start. He spent much of the summer working out with several Sabres at the First Niagara Center.

“You could just see the passion that they had to make themselves the best players they can be,” Bailey said.

That rubbed off on Bailey, whose confidence is soaring. He had 25 goals in 54 games last season.

“I think Justin believes in himself, but he’s not at the point where he’s overconfident,” Smith said. “He knows that he still has to continue to work, and that’s really been the difference this year. …

“He’s bought into understanding what he needs to do to make himself a better player and play in Buffalo sooner than later.”

Earning an NHL deal hasn’t been Bailey’s only motivation this season.

Team USA didn’t even invite Bailey to its summer camp.

“For me to have a good start put me back on their radar, so to speak,” Bailey said. “I just got to continue my good start.”

Watching the tournament up close four years ago in Buffalo wowed Bailey.

“Kind of the first time I ever experienced what the world juniors are about,” he said. “That kind of fueled the fire for me.”

Now, Bailey could be close to getting a coveted spot.

“For him, I really think he wants to play for his country at the world junior tournament,” Smith said. “At the end of the day, he understands his goal is to play in the National Hockey League and for the Buffalo Sabres. Whatever happens in that situation, I’m sure he’ll handle it like a pro.”

The 30-year-old played 24 minutes, 24 seconds. Strachan has been paired beside Tyler Myers.

“To play with him, it’s nice and easy for me,” Strachan said. “I can just slot in there, try to defend here and let him do what he does.”