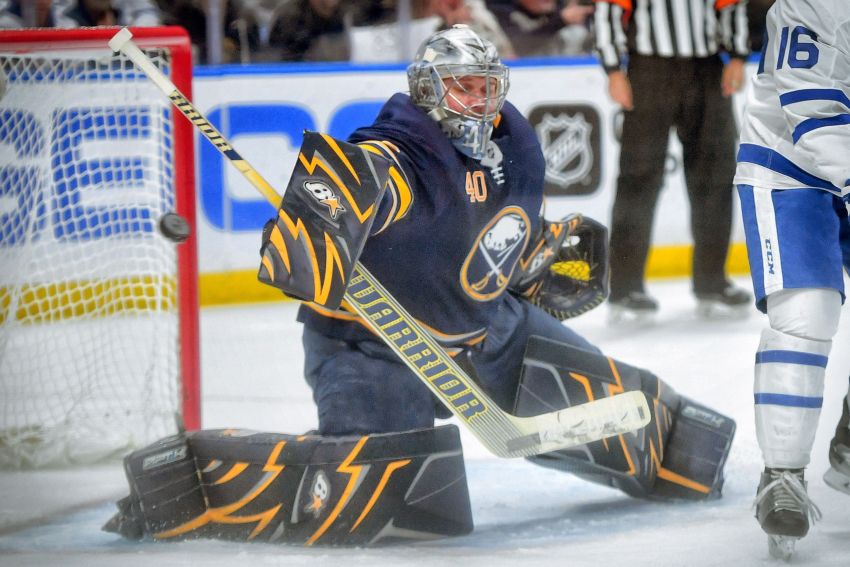 DALLAS – Robin Lehner’s career with the Buffalo Sabres is over.

General manager Jason Botterill said this morning the Sabres have informed Lehner, a restricted free agent, they won’t be making him a qualifying offer, making him a free agent.

“You finish 31st, you have to make some difficult choices,” Botterill said inside the W Dallas Hotel just hours before tonight’s NHL Draft. “We have informed Robin that he’s not coming back next year. … I know Robin is passionate about the City of Buffalo, passionate about this organization. But we felt we had to make some adjustments, and that was one of them.”

But Lehner performed inconsistently over his 133-game career with Buffalo, only occasionally looking like a top No. 1 goalie.

Botterill said the Sabres plan to give goalie prospect Linus Ullmark some duty and also acquire another goalie. Botterill said he has had trade discussions about adding another netminder.

Is Ullmark, who has played only 26 NHL games over three seasons, ready to play, say, 30 contests with the Sabres.

“Not at this point in his career, but I think we’re going to give him that opportunity,” Botterill said. “But you have to have expectations.”

Botterill added: “We think Linus is ready for the next challenge here. But to hand him the No. 1 role, I think that’s unfair for any goalie.”

Check back later for more from Botterill. While he still wouldn’t officially say it, he plans to draft Rasmus Dahlin, perhaps the best defense prospect in decades, first overall tonight.

“Without a doubt, there’s always excitement around draft time, but when you have that opportunity to get the first overall pick, it is going to be a great day for our organization,” Botterill said.

– Botterill said the Sabres have “certainly had discussion with other teams” about acquiring another first-round pick. Right now, after the first selection, they pick again at 32.

– Botterill said the Sabres have no plans to exercise a buyout on any player before the period ends June 30.