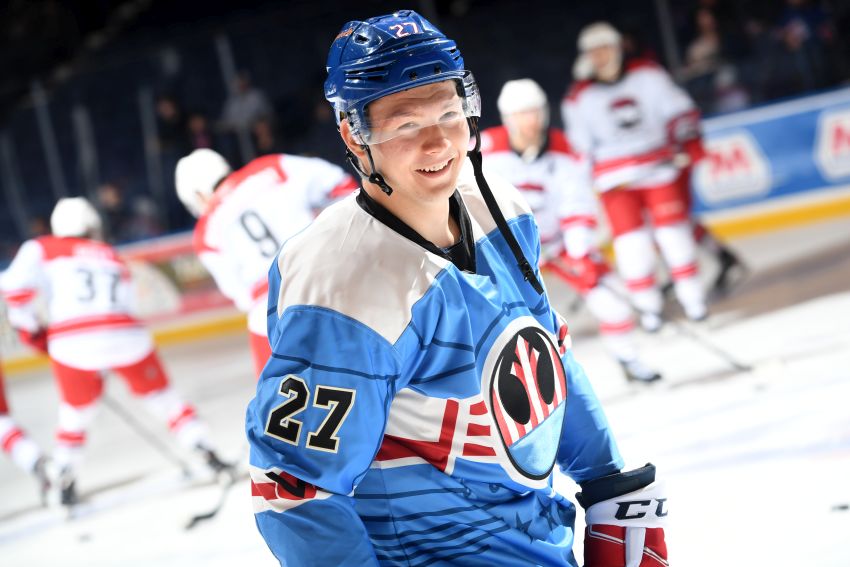 BUFFALO – The Sabres sent forward Curtis Lazar back to the Rochester Americans following Monday’s 3-1 road loss to the Ottawa Senators.

Lazar, 24, played in two games during his recall, his third this season.

The Sabres began their three-day Christmas break today. They don’t play again until they host the Boston Bruins on Friday.

By then, two Sabres forwards who missed Monday’s game – Johan Larsson (upper body) and Kyle Okposo (flu) – could be ready to play.

Lazar has scored one goal in eight games with the Sabres this season.

In other news, Team USA today named Sabres prospect Mattias Samuelsson its captain for the World Junior Championship, which begins later this week in the Czech Republic.

Samuelsson, 19, is a sophomore defenseman at Western Michigan. The Sabres selected him in the second round in 2018, 32nd overall.