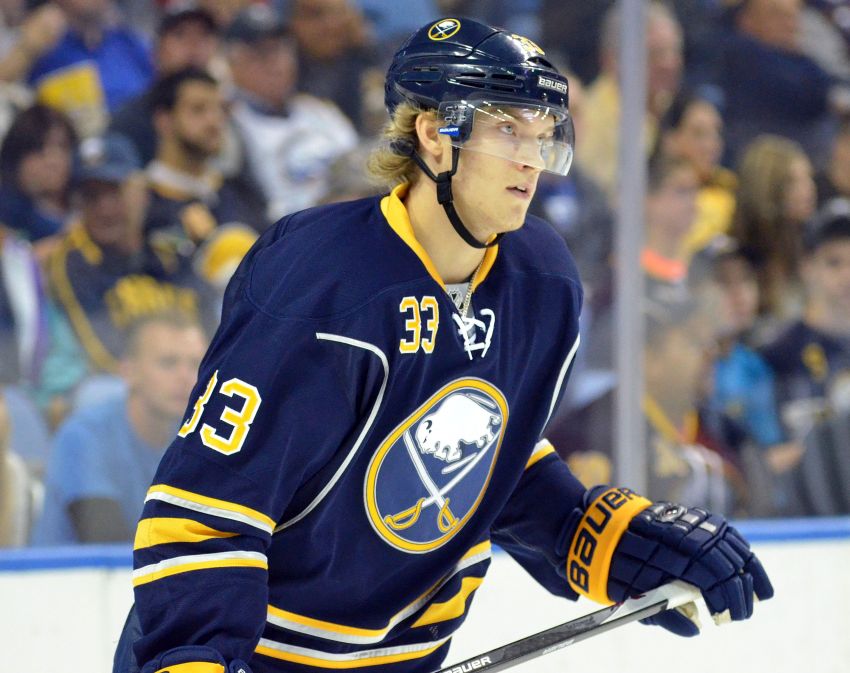 Since most NHL Entry Drafts don’t start paying dividends for a few years, here’s a look at the Buffalo Sabres’ first-round picks from 2006-11 and some notable hits and misses. Fourteen of Buffalo’s 43 draft choices over that time have made the NHL.

The Sabres have eight picks this weekend in Philadelphia, including the No. 2 selection.

Armia endured a rough season in 2013-14, his first in North America. The 21-year-old broke his hand during an NHL preseason game and didn’t debut in the AHL until November. The Finn compiled seven goals and 27 points in 54 games with Rochester.

But Armia finished strongly, scoring three goals and six points in the Americans’ five-game playoff loss, including a two-goal, four-point effort. If he keeps progressing, he could earn his first recall next season.

With Hackett injured, Lieuwen should start next season as the Amerks’ No. 1 goalie.

The smooth, unassuming Pysyk turned heads as perhaps the Sabres’ steadiest defender early last season. Then the hapless team sent him to Rochester halfway through the year.

Why? They wanted the 22-year-old to perfect his game in the NHL.

Pysyk should be back in Buffalo next season. He could be the team’s franchise defenseman someday.

Kassian, a lethal hitter with soft hands in junior, lost much of his aggressiveness during 2011-12, his first professional season. The Sabres traded him to Vancouver for forward Cody Hodgson in February 2012 after 27 games.

Foligno quickly became one of the NHL’s top forces following his late in 2011-12, scoring six goals and 13 points in 13 games. But he hasn’t developed into an elite power forward. Foligno has only 12 goals in 121 contest since his rollicking start.

Myers burst on the scene as a 19-year-old in 2009-10, earning the Calder Trophy and accolades as one of the NHL’s top defenders. But Myers hasn’t become the franchise defenseman or superstar many had envisioned.

He slumped for years, even becoming a healthy scratch at times. Finally, Myers regained much of his rookie form last season, showcasing his old aggressiveness and dictating some games under new coach Ted Nolan.

He’s a restricted free agent and due a healthy raise.

Schiestel hurt his knee again on opening night in 2011-12. He has spent time in the ECHL and played last year in Montreal’s organization.

The Sabres took goalie Jhonas Enroth, who will compete for the starting job next season, and defenseman Mike Weber, a regular the last four seasons, with their second and third picks.