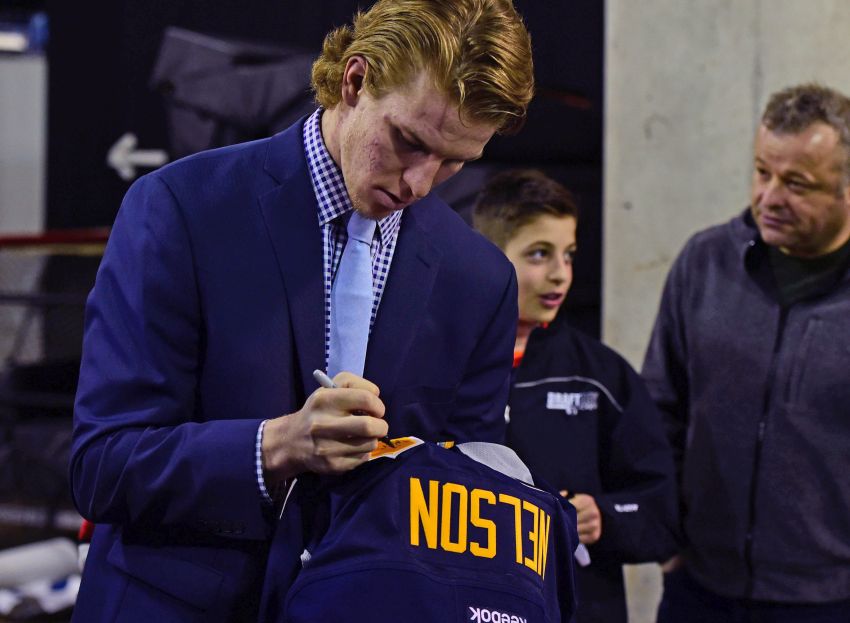 BUFFALO – Some quick update from KeyBank Center, where the Sabres practiced for about an hour today after returning home from Vancouver early Friday morning:

– The Sabres recalled winger Hudson Fasching and defenseman Casey Nelson from the Rochester Americans this morning.

Nelson, 24, said the AHL is “totally different” compared to the NHL.

“A little sloppier, but guys are still moving at a good pace,” he said. “I definitely felt the game there. I mean, when you don’t play for a while, you kind of get out of it.”

Winger Nick Baptiste, who was also sent down Friday, stayed with the Amerks.

The Sabres finish their four-game road trip Tuesday in Philadelphia.

Moulson already has two goals and has been one of the Sabres’ best forwards.

“We’re just looking for more balance on our top three lines, really,” Bylsma said. “Matt has played with Kyle before. Matt’s had some chemistry with Kyle.”

Moulson is off to a strong start after a miserable season in which he scored eight goals and became a healthy scratch. He spent some of his career with the New York Islanders playing beside Okposo, his close friend.

“The chance to go out with those two guys is an opportunity,” he said. “They’re great players.”