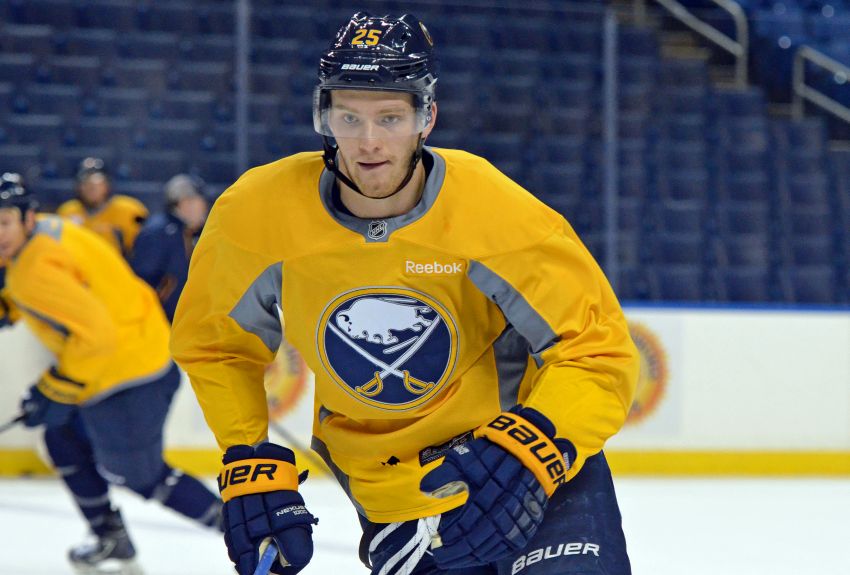 “He’s been looking really good,” Sabres coach Ted Nolan said this morning inside the First Niagara Center. “He’s strong on the puck. He’s been making some really good plays. So the biggest thing right now is keep seeing him do it.”

Grigorenko has two more preseason opportunities, tonight against the Washington Capitals and Friday in Carolina against the Hurricanes.

The 20-year-old scored a nifty goal in Sunday’s 3-2 shootout loss in Toronto, batting Cody Hodgson’s pass out of the air before backhanding the puck in. He later scored in the shootout. Nolan has the two paired up again tonight with winger Drew Stafford.

Grigorenko and Hodgson showcased strong chemistry in their first outing together.

“I think he’s an offensive-type player that reads the game well,” Hodgson said. “I’ve always watched him a lot, and I thought our games could mesh, because he’s always thinking about how to get in position and is offensive person. So I can kind of see what he’s doing on the ice.”

Hodgson has seen a different Grigorenko this camp.

“He’s secure in himself,” he said. “It show on the ice. He’s got more power and speed now, for sure. I think confidence is the biggest thing with him.”

The Reinhart line has been practicing together much of camp but hasn’t played in a game yet.