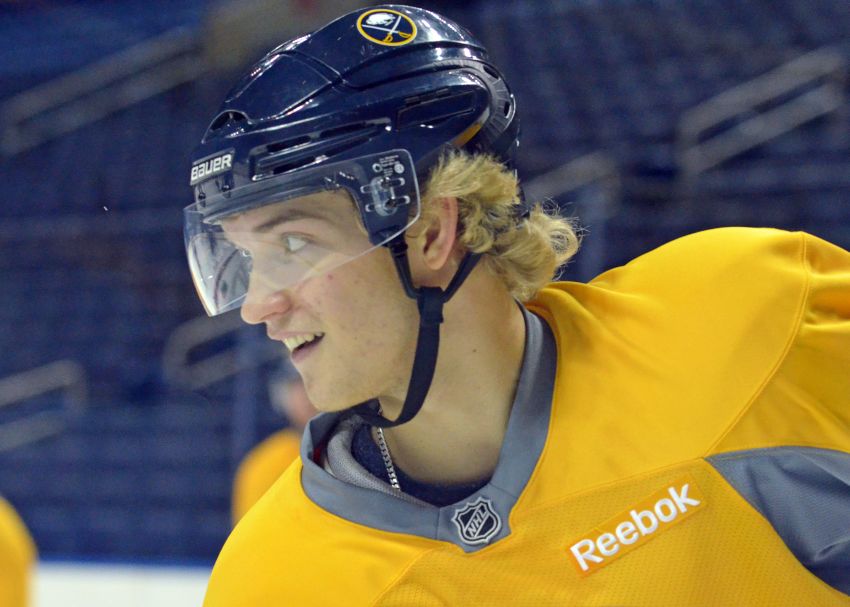 BUFFALO – The hype has been building since slick Finnish winger Joel Armia was selected 16th overall in 2011. In the 20-year-old, the Sabres possess a prospect so talented many believe he could crack the NHL right away.

Yet few have seen Armia, who spent the last three seasons playing at home in SM-liiga, up close.

Who exactly is this guy?

Fans will find out tonight, when Armia makes his Buffalo debut in the Sabres’ preseason home opener against the Carolina Hurricanes inside the First Niagara Center.

Sabres coach Ron Rolston will be skating Armia on the right wing with center Cody Hodgson and Thomas Vanek, an opportunity for the prospect to impress.

Armia, who played Tuesday in Columbus, wants to learn from Hodgson, the Sabres’ top center.

Since Vanek and Hodgson enjoyed strong chemistry with Jason Pominville before the Sabres traded him last year, Vanek thinks it makes sense to put another talented right-handed shot beside them.

“It seems like he’s smart. He knows what he’s doing,” Vanek said about Armia. “I think Cody and I need to help him out, keep talking to him between shifts, on the ice. You can see his talent, obviously.”

Sabres fans coming down to watch tonight’s game will see a good mix of talented veterans and strong prospects. Rolston said goalie Ryan Miller will play the entire game tonight. Matt Hackett will back him up.

At 6-foot-1, Pysyk is the smallest defender in the lineup.