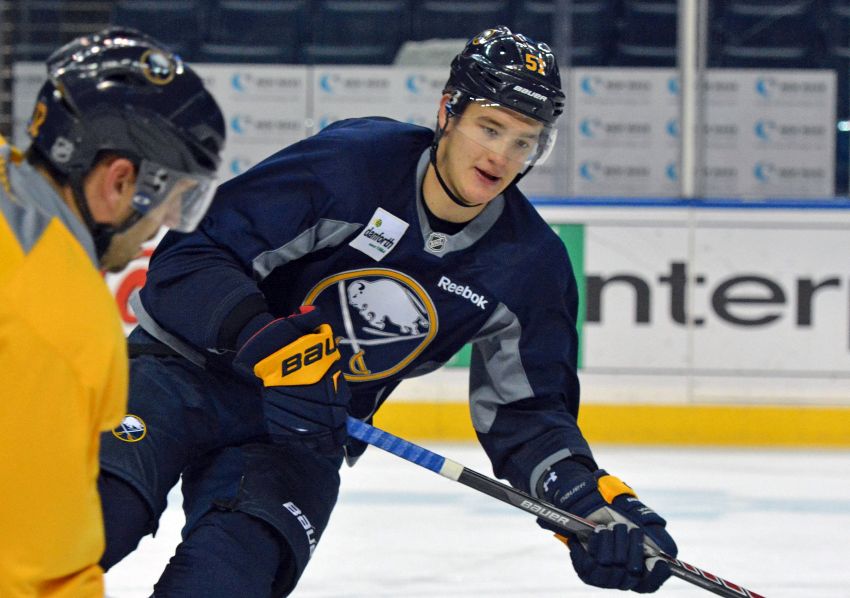 BUFFALO – Naturally, Russia recently put Sabres defenseman Nikita Zadorov on its preliminary roster for the upcoming world junior championship. The country has nothing to lose by adding the 19-year-old’s name.

“I just read it for the first time myself that he was on the list,” Sabres coach Ted Nolan said this morning inside the First Niagara Center. “You can’t blame Russia for putting him on the list. But it one of those things we never even discussed.”

The chances of Zadorov leaving the Sabres for a few weeks are slim. They’re 7-8-1 with him and 2-8-1 when he’s scratched.