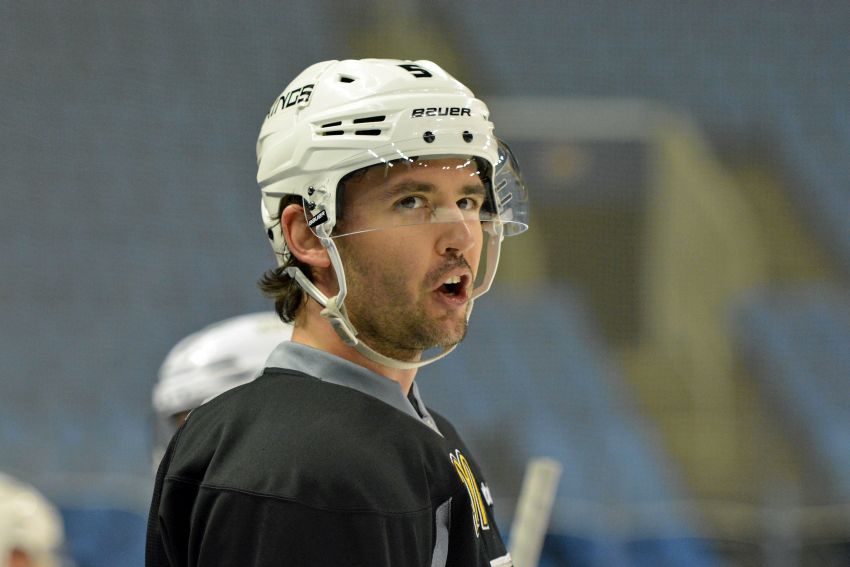 BUFFALO – No one wanted Jamie McBain.

When the Sabres refused to tender a qualifying offer to the restricted free agent in June, the defenseman found zero suitors on the open market. Late in the summer, McBain received a tryout in Arizona’s training camp. After the Coyotes let him go, he went home to Minnesota.

“It was a long summer, especially October, just sitting there watching all the games,” McBain, who joined the Los Angeles Kings last month, said this afternoon inside the First Niagara Center.

McBain, a veteran of 284 NHL games, almost bolted overseas to the KHL before having second thoughts.

“It was a bit of a roller coaster, obviously, not getting qualified here and being a free agent, hearing whispers about things that might go on here and there, trying to figure out what the best option for myself would be,” McBain said.

Eventually, the Kings, the defending Stanley Cup champion, offered him a tryout with their AHL affiliate in Manchester. He played five games before signing a one-year NHL deal.

“I’m just here to be a depth guy,” said McBain, who will likely be scratched tonight.

So far, McBain has one goal and three points in nine games.

Playing for the Kings has been an “awesome” experience. The 26-year-old has never appeared in a playoff game.

McBain thought he would return to Buffalo, where he had six goals and 17 points in 69 games last season.

“I was surprised,” McBain said about not getting tendered. “Being a restricted free agent, it’s one of those things where you don’t really expect to get released a whole lot of times. It kind of caught me off guard a little bit.”