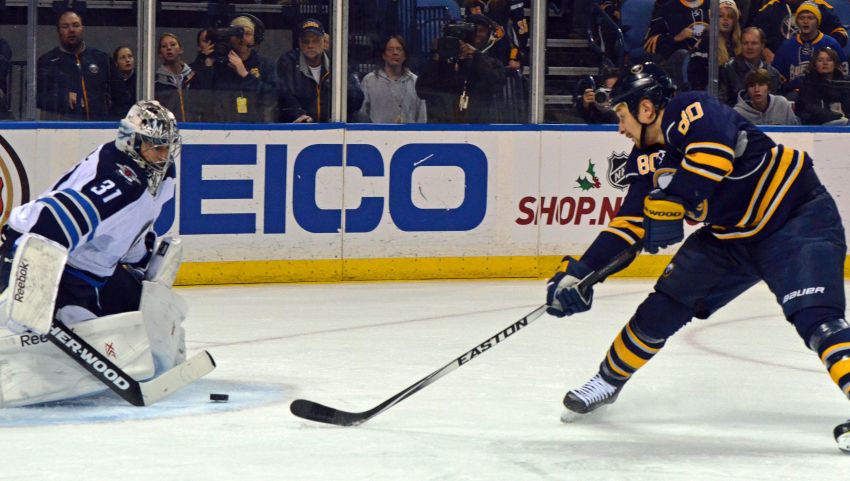 But Stewart has done little since then, so Sabres coach Ted Nolan will make the 27-year-old a healthy scratch for tonight’s game against the Los Angeles Kings inside the First Niagara Center.

“All players have to play to the best of their ability,” Nolan said this morning. “If not, there’s somebody else that will take their place.”

Stewart, a key piece in the Ryan Miller trade with St. Louis, has four points and a minus-11 rating in 27 games this season. Rumors are swirling the Sabres will trade Stewart, an unrestricted free agent following the season. Nolan benched him in Thursday’s 5-0 loss in Tampa Bay.

Nolan said he hasn’t spoken to Stewart about the benching. Stewart is apparently irked. When he left the ice this morning, he took a turn and never entered the dressing room. A few minutes later, a staff member wheeled his equipment to his locker on a cart.

The Sabres are 9-1 in their last 10 home games against the Kings, the defending Stanley Cup champions.

Update: Three weeks in, Sabres center Zemgus Girgensons remains the leading vote-getter for the 2015 NHL All-Star Game, the league announced this afternoon. But get this: Girgensons added more than 400,000 votes in the last week. The 20-year-old has a whopping 803,805 votes!