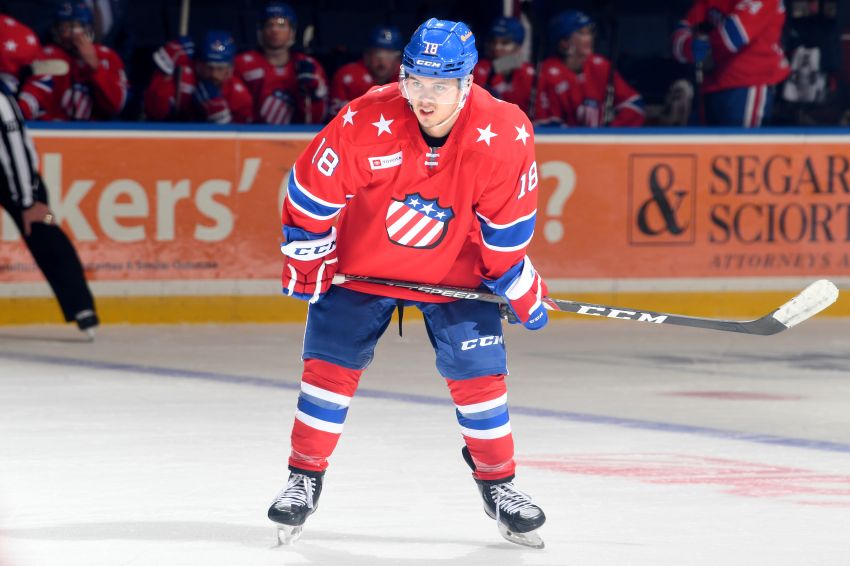 After the rookie blocked a shot late in the first period of Saturday afternoon’s 3-2 win against the New Jersey Devils, he stayed in the game, taking a regular shift over the final 40 minutes.

So when Krueger learned another evaluation had revealed Borgen, 24, fractured his right forearm, he said he felt “absolute shock.”

Borgen underwent surgery Tuesday and will be sidelined six to eight weeks.

“What courage that kid had,” Krueger said on a Zoom call prior to Tuesday’s 4-1 in New Jersey.

Before Monday’s 3-2 road loss to the New York Islanders, Krueger said he was hopeful Borgen could return to the lineup after a one-game absence.

To replace Borgen, the Sabres recalled defense prospect Jacob Bryson from the taxi squad. Bryson, 23, made his NHL debut against the Devils, skating beside Colin Miller.

Borgen, who played four straight games last week, is the third defender the Sabres have lost this month. Jake McCabe suffered ACL, MCL and meniscus injuries in his right knee Saturday and will need six to eight months to recover. Meanwhile, Rasmus Ristolainen is still getting over a tough bout with COVID-19 and likely won’t return until next month at earliest.

After beginning the season on the taxi squad, the gritty Borgen had an opportunity to earn regular duty.

“It’s so disappointing,” Krueger said. “When you look at the opportunity that was on the table now with McCabe’s injury, with Risto still possibly being a while, with (Zemgus) Girgensons being out, the grit factor in our group and the bite factor that Will Borgen brings, that being just erased in a very surprising fashion is what it is.”

“We know the challenges that are coming up, losing Will Borgen for probably eight weeks, maybe the rest of the season, is a really big hit for us, and we need to see what we have, what we’re made of,” Krueger said. “And Jacob, he’s more than deserved this.”

“He’s been definitely the leader in the defensive corps,” he said. “They’ve had some good success down in Rochester, and for us, it just felt right to inject him and give him his first National Hockey League game. He’s just earned that, deserved that.

The Sabres recalled Bryson, a fourth-round pick in 2017, 99th overall, to the taxi squad on Sunday. He said general manager Kevyn Adams told him at breakfast Tuesday morning he would receive his first opportunity.

“I kind of knew a little bit last night when he said, ‘Be ready when it comes time today,’” Bryson said prior to the game. “I’m excited. I’ve waited a long time for this to happen.”

Bryson looked comfortable early, joining the rush in the first period and hitting the post.

He played three seasons at Providence College before joining the Amerks last season.

His development took off when former Amerks coach Chris Taylor scratched Bryson 44 games into his rookie campaign. Watching a game from high above the ice in Cleveland gave Bryson a new perspective.

“I watched from up top and I kind of gained a lot of confidence that I could be one of the best players out here every game,” said Bryson, who has compiled three assists in five games with the Amerks this season. “I kind of went into every game with that attitude and I think things started to work out for me. I was playing my best hockey in that second half.”

Bryson scored all four of his goals and 16 of his and 27 points in the final 21 games after sitting out that game.