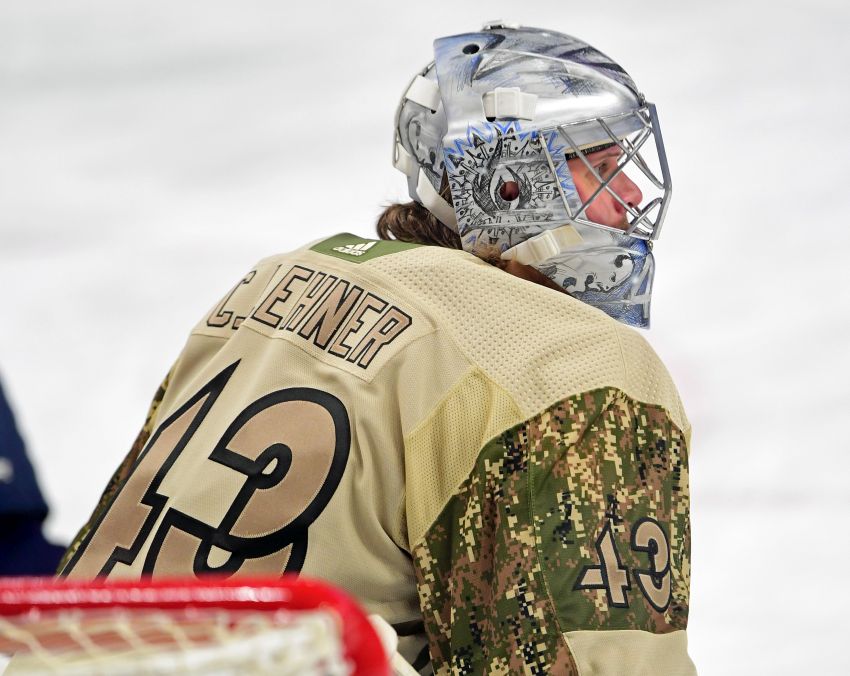 BUFFALO – Injured goalie Robin Lehner won’t accompany the Sabres on their season-ending two-game trip to Florida, according to the team.

Lehner has an expiring contract and was acquired by the team’s old regime, meaning his Sabres career could be over. A lower-body injury has sidelined him the last three contests.

Since goalie Linus Ullmark will travel with the Sabres, perhaps he will play this weekend. The 31st-place team closes the season Saturday against the Florida Panthers. A concussion has sidelined Ullmark the last five games.

In the absence of Lehner and Ullmark, goalie Chad Johnson has started three straight games. The Sabres also have backup Adam Wilcox, who has never played an NHL game.

In others news, Rochester Americans defenseman Zach Redmond has been named to the 2017-18 AHL Second All-Star Team, the league announced today.

Redmond has established career highs with 15 goals, 31 assists and 46 points in 63 games. He’s one of only three defensemen to lead his team in scoring.

Redmond, 29, ranks fourth among AHL defenders in scoring. He played three games with the Sabres earlier this season.