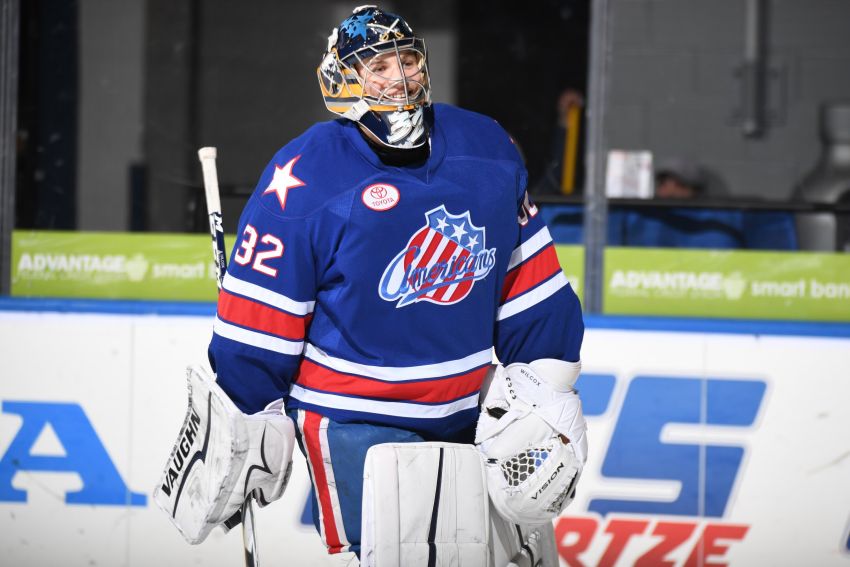 This is Adam Wilcox’s third trip to the NHL. ©2018, Micheline Veluvolu, Rochester Americans