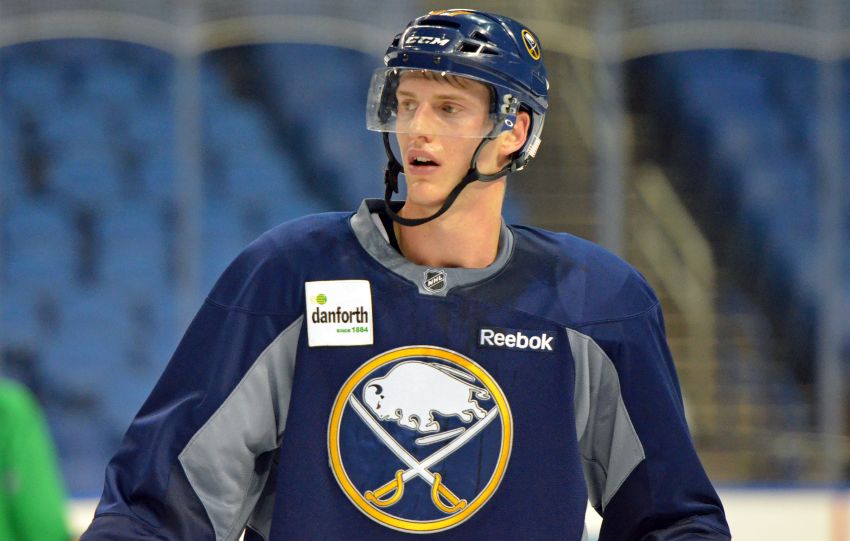 Without Tyler Myers, the Sabres quickly became a mess, losing six of the seven games without their ace defenseman.

Opponents exploited Myers’ absence, outscoring the Sabres 33-13 during the past two weeks.

Thankfully for the Sabres, who have lost four straight games and eight of nine overall, Myers will return from his lower-body injury tonight against the Devils.

“I’m not going to be the savior coming in,” Myers told reporters Monday in New Jersey. “We know it’s a five-man unit, the way we have to play to keep goals out and to defend well as a team.”

Sabres coach Ted Nolan said Myers’ presence will be “a huge difference.” He leads the team in ice time with 25 minutes, 22 seconds a game.

Filling that void was difficult.

“It just shows you how much we really missed Tyler, for sure,” Nolan said. “He’s an anchor back there.”

The Sabres also summoned forwards Tim Schaller and Phil Varone from Rochester on Sunday and returned Johan Larsson to their AHL affiliate.

“When things are going the way they are, you got to try shake it up here a little bit and get some new blood in and a new approach,” Nolan said. “As I’ve always mentioned with this team, we got good characters on this team, just unfortunately things are going bad for us right now.”

The newcomers will “get some opportunities now,” Nolan said.

“The best thing for young players … is to do something and get noticed and to say, ‘I want to stay here,’” Nolan said. “You can’t just fit in; you have to try to do something a little bit different.”