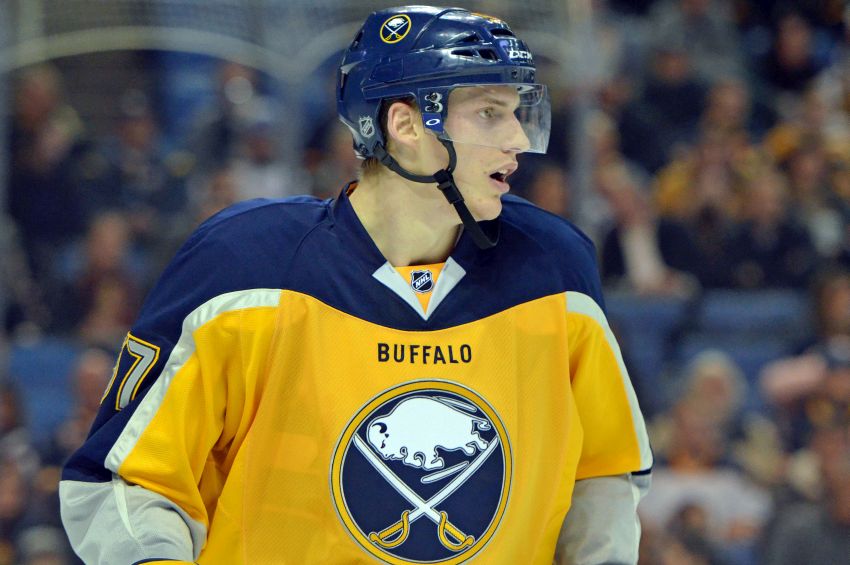 BUFFALO – A little more than two minutes into overtime Tuesday, Tyler Myers grabbed the puck in his own zone and freewheeled through the neutral zone. The Sabres defenseman then slickly undressed Radko Gudas above the left circle and roared to the net before goalie Evgeni Nabokov thwarted him.

Sequences like Tuesday’s have become a regular occurrence again. Less than two years after hitting rock bottom – Myers reported to an abbreviated training camp out of shape and later got scratched – the 2009-10 Calder Trophy winner might be as a good as ever.

“I think the last year and a half I’ve really figured out how to approach different situations,” Myers said Wednesday inside the First Niagara Center. “The big thing is just getting on an even keel. I think it’s helped out a lot.”

The Sabres have won three straight games and six of the last seven entering tonight’s rematch in Tampa Bay. Myers missed the only loss, a 2-1 setback to Winnipeg eight days ago, because of a lower-body injury.

The 24-year-old has morphed into the Sabres’ most important skater, averaging a team-high 25 minutes, four seconds of ice time each game, the NHL’s 10th-highest total.

“He’s making those strides, and he’s getting better and better all the time.”

Myers’ confidence has reached its highest level in years.

“I’ve been really happy with where my confidence has been this year,” Myers said. “It’s just a matter of building even more. I think the way our team’s going right now, our team confidence is allowing individuals to hold onto the puck, more puck possession time. I think it’s working really well for everyone.”

Myers works well when he’s moving all over the ice. That’s the easiest way to tell whether he’s on his game.

“I think a big part of my game is skating, obviously,” he said. “I try to focus on making sure my legs are moving each and every game. I find if I have my legs going, that’s usually when I’m able to play at my best.”

Josh Gorges, Myers’ partner, added: “I said this all along, his ability to skate, separate himself from the forecheck is unbelievable. He can make things happen. He makes my job real easy out there.”

Myers has played big minutes all season, skating at least 20 in all but one game. He has 12 games of 25 minutes or more already. He played a season-high 31 minutes, 34 seconds in Saturday’s 4-3 shootout win in Montreal.

Nolan often matches Myers and Gorges against the opposition’s top line, so the tandem has no margin for error.

“It feels good,” Myers said about the playing time. “I feel very engaged in the game with that many minutes. It’s tough sometimes shutting down their top guys, but it’s challenges like that that I think get you even more prepared and even more engaged coming into a game.

“It’s been fun. I enjoy playing those minutes like that. Any way I can help the team, however many minutes they want to play I’ll play.”

“Those minutes, it seems like he could probably handle another five to seven minutes attached to that,” Nolan said.

Of course, given the Sabres’ sorry state much of this season and their league-worst offense, Myers’ statistics look pretty pedestrian. He has only one goal and six points in 24 games.

“That’s the least of my worries right now,” Myers said about his numbers. “I’ve been very happy with the way I’ve been playing. I know it’ll come. It’s a matter of the way our team’s starting to go, I think more guys will see some numbers come into play. With more puck possession time, we’re going to have more opportunities. When that happens, great.”