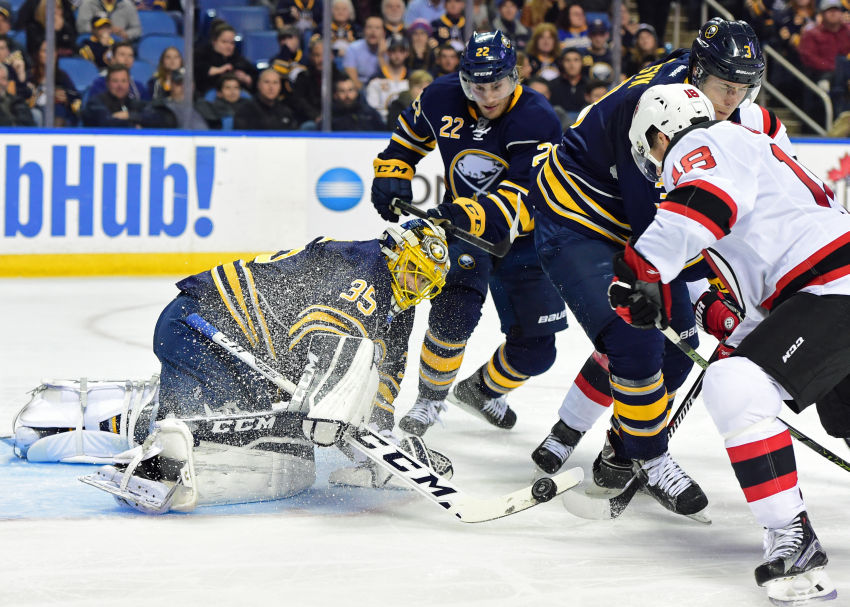 BUFFALO – Some quick updates from the First Niagara Center, where the Sabres host the Philadelphia Flyers tonight:

– A lower-body injury will sideline Sabres winger Tyler Ennis, whose three goals are tied for the team lead, for a second straight game, coach Dan Bylsma said. Ennis missed the Sabres’ 4-3 loss in Pittsburgh on Thursday. He skated briefly this morning. Marcus Foligno subbed on the right wing beside center Ryan O’Reilly and Nick Deslaurier against the Penguins.

The rest of tonight’s lineup will be a game-time decision.

– Sabres goalie Linus Ullmark will make his second NHL start tonight. The rookie made 24 saves in his debut Saturday, a 4-3 loss to New Jersey.

– Former Sabres goalie Michael Neuvirth will start for the Flyers. Neuvirth is 2-0 with a 1.55 goals-against average and a .947 save percentage in four games.

– While it’s early, the Sabres are already 3-7, two points out of the Atlantic Division basement. They need to make up points quickly.

“Right now, we need these points,” O’Reilly said. “We need to string some together here to give ourselves a chance to get back where we want to be.”