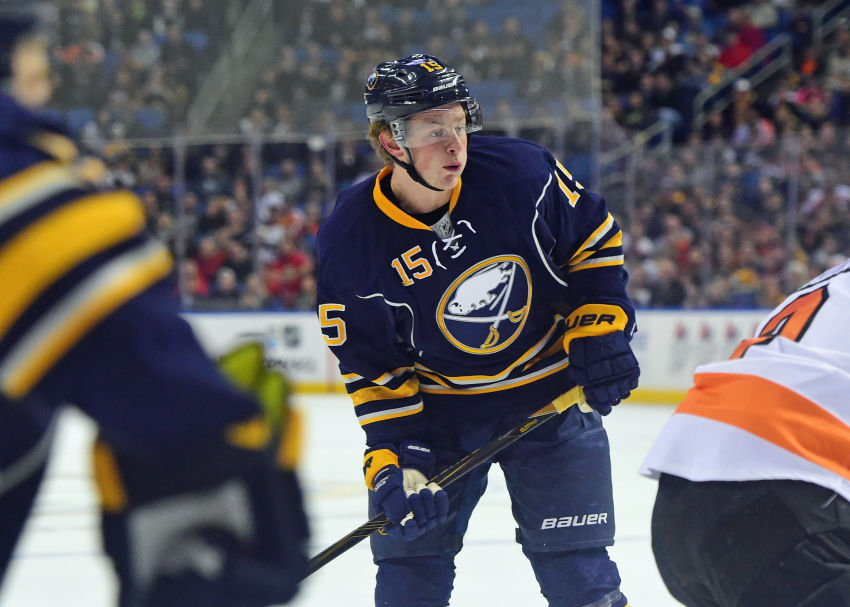 BUFFALO – So, how many times in the last two-plus seasons had these words been written prior to Friday? The Sabres manhandled an opponent from start to finish.

In arguably their most complete effort in years, a commanding 3-1 win inside the First Niagara Center, the Sabres dominated the Philadelphia Flyers all over the ice.

Don’t let the score fool you. It wasn’t that close.

Rookie Jack Eichel’s fourth NHL goal, a slick effort in which he beat an opponent high in the left circle and zoomed into the slot, opened the scoring late in the first period and got the crowd of 18,062 fans buzzing before the puck even went in the net.

“You can feel the energy in the building,” Sabres coach Dan Bylsma said about Eichel. “It was almost a crescendo as he moved to the middle of the ice.”

Ryan O’Reilly’s power-play score, the second of his three points, essentially sealed the game early in the second period. Rookie goalie Linus Ullmark cleaned up the few mistakes, making 27 saves for his first NHL win in his second appearance.

They pumped 36 shots on Flyers goalie Michal Neuvirth, including 15 in each of the first two periods. The Sabres, who had 53 shots in a 4-3 loss Thursday in Pittsburgh, have 122 in the last three games.

After a strong effort in a loss to the Penguins, the Sabres responded almost perfectly for their fourth win in 11 games. They also beat the Flyers 4-3 in overtime Tuesday.

O’Reilly, the Sabres’ No. 1 center, has been scoring every night. The 24-year-old has three goals and 10 points in his five-game point streak. His 13 points rank fifth in the league.

He tied his career high by feeding Deslauriers as he zoomed to the net early in the third period.

“It’s more about looking at the results, and we don’t have the wins we want,” O’Reilly said. “There have been a lot of tight games, so I’m kind of just taking it game-by-game and trying to do whatever I can to help win right now.”

“I maybe rode him a little hard tonight with how much I played him, the situations I played him in, 26-plus minutes,” Bylsma said. “But he was the best player on the ice in pretty much every situation tonight.”

The only downer Friday was Ullmark losing his shutout when Mark Streit scored with 3:26 left.

Still, that couldn’t wipe the smile off the Swede’s face. When the final horn sounded, he pumped his arm as teammates congratulated him.

While Ullmark only faced 14 shots through two periods, he made some timely stops, including a nifty glove save on Wayne Simmonds near the crease with 7.7 seconds left in the second period.

“It was a huge save,” Bylsma said.