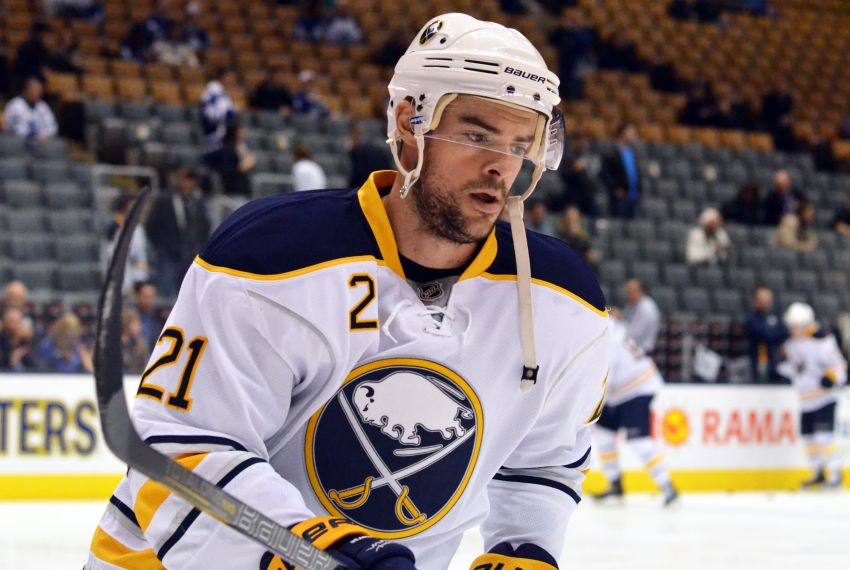 BUFFALO – The past is history, Ted Nolan has said. The interim Sabres coach doesn’t care about it. Heck, he hasn’t even reviewed video of his new team’s sorry start.

But Nolan has been giving Stafford, a fourth-liner at times earlier this season, big minutes and opportunities. The 28-year-old is averaging 20:03 in four games under Nolan. He skated 21:28 in Thursday’s 4-1 loss in Philadelphia, the most of any Sabres forward.

“I’m extremely grateful,” Stafford said Tuesday inside the First Niagara Center. “It’s one thing, though, that I’m trying to earn that. I feel as though I have, and it’s up to me to continue to earn minutes. I’m not asking for anything. I don’t want anything given to me. I want to be able to earn that spot and those minutes.”

Yes, Nolan doesn’t care about what transpired earlier this trying campaign. But why give someone producing very little offense so much ice time?

“You have to show respect,” Nolan said Saturday. “One thing with Stafford, he’s been around for a while, and you have to give him players like that respect, let them show what they have.”

Stafford called Nolan “really personal” and a coach who “expects and demands a lot out of the players.”

“But he’s also very nurturing and keeps things very simple in a way,” Stafford said. “He breaks it down to the point where it’s not really hard to figure out. It’s a pretty simple game, compete and make sure that you’re giving all your effort out there. He demands a lot out of the players. For someone like me, it makes you want to go through a wall for a guy like that.”

Stafford skated on the right wing beside Mikhail Grigorenko and Luke Adam on Thursday. He had been playing with Cody Hodgson and Matt Moulson.