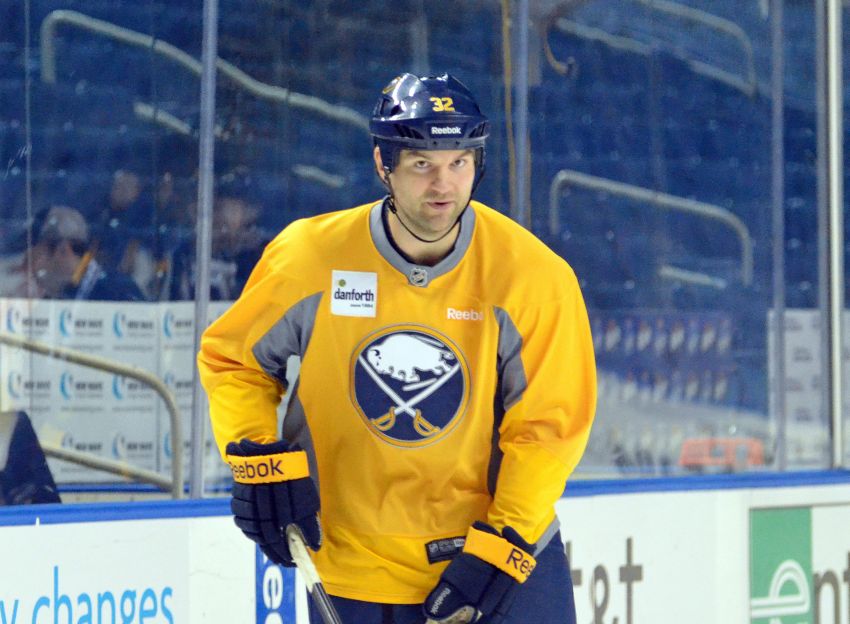 BUFFALO – Ted Nolan’s voice was a constant throughout the Sabres’ lively 60-minute practice this morning inside the First Niagara Center. The interim coach kept encouraging his players, even following them during the up-tempo drills.

The Sabres responded, showcasing more energy and emotion than they had under Ron Rolston, who was fired Wednesday.

“It was really fast,” Sabres winger Tyler Ennis said about Nolan’s first real practice. “We moved through things quickly. It was definitely higher and a lot more energy.”

Nolan has given everyone a clean slate. He doesn’t care much about the Sabres’ awful 4-15-1 start.

Friday’s home tilt against Toronto kicks off a back-to-back set against the Maple Leafs, a team the Sabres haven’t placed since a wild preseason brawl Sept. 22.

Friday has been circled on the calendar even since.

“If they want to carry it over, that’s all they can do about it,” Nolan said. “I have nothing to carry over. I wasn’t there.”

But tough guy John Scott, who ignited the melee by going after Leafs star Phil Kessel after Jamie Devane broke Corey Tropp’s jaw in a fight, will play.

“I think it’s getting blown out of proportion, this game,” said Scott, who hasn’t played since his seven-game suspension for hitting Boston’s Loui Eriksson in the head ended.

Nolan, of course, loves enforcers and rough-and-tumble hockey. But Scott said Nolan wants him to concentrate on hockey.

“He said he wants me to play my game, go out there and hit, actually not be too concerned with fighting and all that stuff, just wants me to be a hockey player, be responsible,” Scott said.

“Everyone has to understand Girgensons is only 19 years old,” Nolan said. “He’s still a kid.”

Now, what about Patrick Kaleta, who’s 10 days into an AHL assignment the Sabres hope will help the agitating winger find a new style?

Nolan said he’s done some research and plans to talk with Pat LaFontaine, the new president of hockey operations, about Kaleta.

In injuries news, Mike Weber (broken thumb) wasn’t cleared to play Tuesday and has to speak to the doctor again. The defenseman’s sporting a splint and said he feels fine.