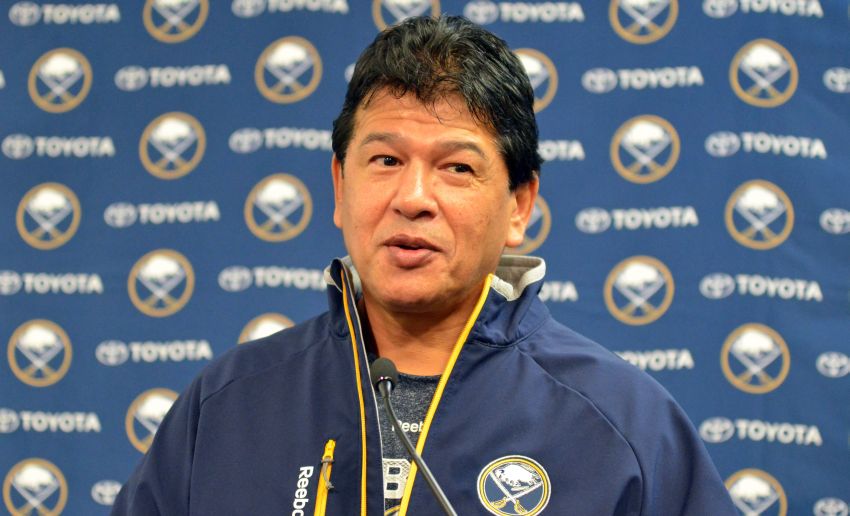 Bet on it. In the next week or so, the hapless Buffalo Sabres will trade or waive at least one underachieving veteran.

“The gloves are officially off,” the interim coach told reporters Thursday in Philadelphia following the Sabres’ weak 4-1 loss, their third straight setback. “Now we got to do certain things in order to play. If you don’t, you’re not.”

The youth excuse is out, he said. Nolan and Pat LaFontaine, the president of hockey operations, jettisoned three rookies Tuesday, their first major moves. Nolan filled his lineup with veterans against the Flyers. He dressed one first-year player, winger Zemgus Girgensons.

Yet the Sabres still got outshot 46-30 and took seven penalties.

“They’re not the problem,” Nolan said about the youngsters. “Everybody’s telling me the young guys are the problem. They ain’t here anymore. So we don’t have that excuse anymore. So we have to look at ourselves in the mirror and bring what each and everybody on this team has to bring.”

Nolan warned, “Penalties are going to stop (or) people who are doing it are not going to be in the lineup. It’s plain and simple as that.”

Center Ville Leino, who has two points in 11 games, was whistled for slashing. Nolan has already moved the Finn from a scoring trio to the fourth line. His minutes have dropped from 18:08 to 11:02. He has six shots all season and passed to tough guy John Scott on a two-on-one break early Thursday.

Myers isn’t going anywhere. Leino, meanwhile, is untradeable given his six-year, $27 million contract. He’s almost certainly getting bought out this offseason. Perhaps the Sabres will just cut their losses now.