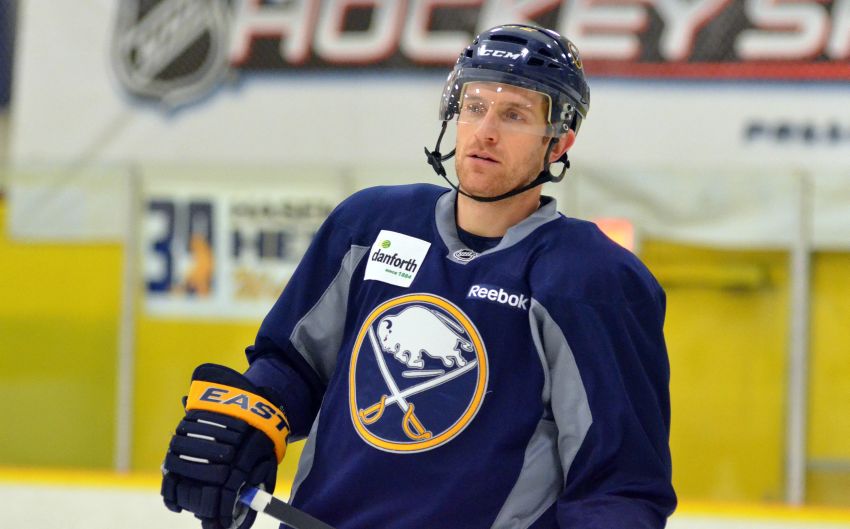 “We’re running around the defensive zone a little bit too much,” Nolan said this afternoon following practice inside the Riverside Ice Rink.

“We got a lot of young talent,” Nolan said. “We got to make sure they mature at the right pace. He’s a veteran guy that has been around for a while. He can add some stability back there.”

Sulzer, who’s played 33 games with the Sabres, including one this season, has two goals and seven points in 10 appearances with the Americans.

Meanwhile, John Scott practiced as a defenseman much of today, meaning the tough guy’s likely out for Sunday’s tilt against the Detroit Red Wings. Brian Flynn, a regular winger, centered the fourth line today.

“He’s a very intelligent player,” Nolan said. “He said he played eight games at center ice last year. With the fourth-line position, we got to make sure we have reliable guys.”

One thought on “Sabres recall Alexander Sulzer for veteran presence; Cody McCormick out at least a week”