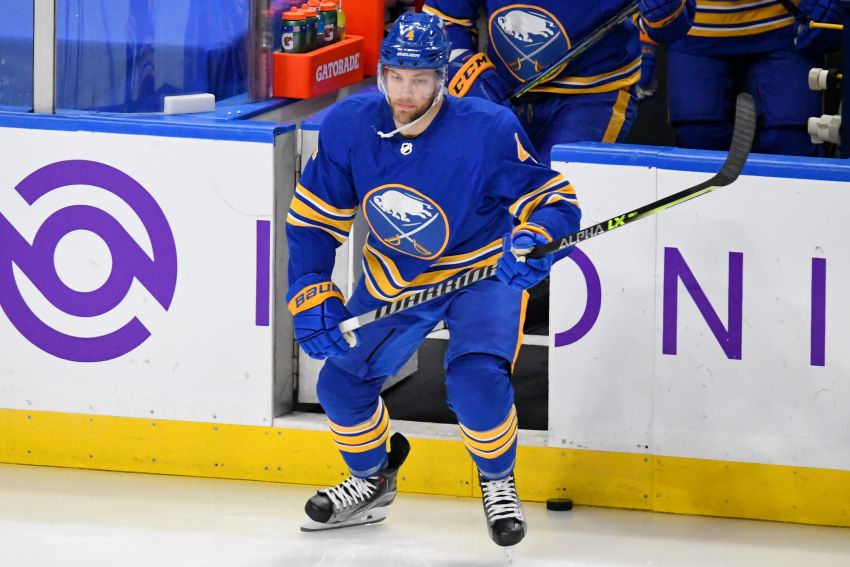 In what are almost certainly his final days in Buffalo, winger Taylor Hall is still involved in all Sabres-related activities other than playing, interim coach Don Granato said.

So while Hall, 29, is still around the team, he will be scratched again for tonight’s game against the New Jersey Devils at KeyBank Center. The Sabres, of course, want to protect an asset as Monday’s trade deadline approaches.

They first scratched Hall, who is expected to be dealt soon, for Tuesday’s 5-3 win in New Jersey.

“It’s part of this week,” Granato said on a Zoom call of the decisions made because of the looming deadline. “There’s some oddities that are presented this week, even affecting our lineup and what we do within that lineup. This is just one part of it.

“I feel the players all understand this and it’s not a distraction going into any meeting or practice or prep or the game itself.”

Granato said the Sabres plan to use the same lineup tonight that beat the Devils on Tuesday, meaning goalie Linus Ullmark will make his third straight start and seven defensemen will dress.

The Sabres recalled Arttu Ruotsalainen, one of their top forward prospects, to the taxi squad on Monday. They want to give him an opportunity to play.

But salary cap complications might hold back the Finn’s NHL debut until the Sabres unload some money. They have $669,675 of cap space, according to capfriendly.com.

“The roster decisions are a bit more complicated because of the week it is,” said Granato, who wouldn’t offer more details.

The Sabres, who held an optional practice this morning, have won two straight contests and have a five-game point streak. They haven’t won three straight games all season.

They’ve earned four of their nine wins against the Devils this season. A victory tonight would clinch the eight-game season series for them.

In other news, the Sabres this afternoon recalled defenseman Brandon Davidson and forward C.J. Smith from the Rochester Americans to the taxi squad. They played for the Amerks in Wednesday’s 4-3 overtime loss to the Syracuse Crunch.