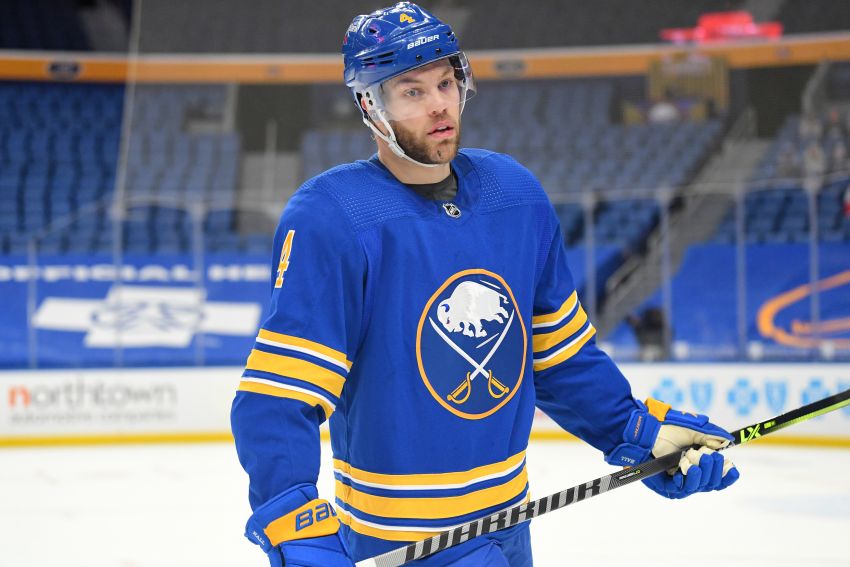 Buffalo Sabres winger Taylor Hall, who will likely be traded before Monday’s deadline, will be held out of tonight’s road game against the New Jersey Devils, interim coach Don Granato said.

The move makes sense. Why risk an asset to injury?

Hall, 29, can become an unrestricted free agent following the season. He has a no-movement clause in the one-year, $8 million contract he signed with the Sabres.

He recently acknowledged he would be willing to listen if general manager Kevyn Adams brought a trade offer to him.

Hall, the 2017-18 Hart Trophy winner, has endured an awful season, compiling just two goals, 19 points and a terrible minus-21 rating in 37 games.

An opportunity to play for ex-Sabres coach Ralph Krueger helped lure Hall to Buffalo. Over three years they had spent together with the Edmonton Oilers, Hall and Krueger developed a strong relationship.

In Krueger’s only season as head coach, 2012-13, Hall enjoyed a breakout year.

But after a strong start this season – he registered six points in his first three games – Hall started struggling. Meanwhile, the Sabres, who compiled a 4-4-2 record in January, imploded after their COVID-19 pause.

Hall, who tested positive for COVID-19, has been a total bust. After scoring opening night, he did not register his second goal until March 4, a 20-game stretch. Right now, he has a 16-game goal drought.

Hall has recently been playing left wing on the No. 1 line beside center Casey Mittelstadt and Tage Thompson.

“I love playing with him,” Thompson said on a Zoom call this afternoon of playing with Hall. “Obviously, he’s an amazing player. I learned a lot just watching him, not even talking to him, just watching him in practice and the way he plays. It’s really fun to watch. He’s obviously very fast so when you play with him in practice, he pushes you to keep up with him and I think that makes guys around him better players.”

Scratching players to protect them from injury before a trade is a common practice. The Devils, for example, have been holding out forward Kyle Palmieri.

With Hall out, Granato said forward Arttu Ruotsalainen might slide in and make his NHL debut. Ruotsalainen, 23, has scored five goals and 13 points in 13 games with the Rochester Americans.

The Sabres on Monday recalled the Finn from the AHL to the taxi squad.

Update: The Sabres will dress seven defensemen, so Ruotsalainen will not play tonight. Defenseman Matt Irwin will return after sitting out three straight games as a healthy scratch.