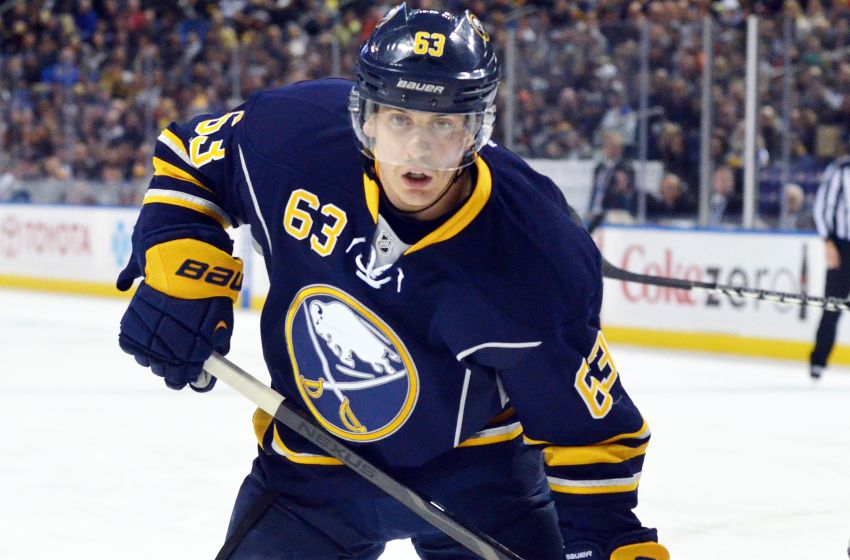 BUFFALO – Ted Nolan noticed a difference immediately after talking to Tyler Ennis. It looked like a huge weight had been lifted off the slick speedster, the interim Sabres coach said.

Nolan told the center to stop playing so robotically and start utilizing his natural instincts. The 24-year-old’s game possessed too much hesitancy when he replaced Ron Rolston on Nov. 13.

Ennis knows he’s at his best freewheeling around the ice.

“I think he could tell I was too focused before on playing a certain type of game a particular way, always be in the right spot,” Ennis said Wednesday inside the First Niagara Center. “He came in and just said, ‘Just go out, play and have fun. Don’t worry about the Xs and Os too much. Just take the puck and make plays again.’ That was refreshing in itself. I really like that part.”

But Ennis, like the rest of his struggling teammates, hasn’t been making many plays. He’s pointless in the last four tilts following a season-long three-game streak that began one game into Nolan’s tenure.

“Last couple games I really liked him,” Nolan said. “He’s starting to come. The bottom line is I just want him to play.”

For some perspective, consider Ennis compiled eight goals and 19 points during a rollicking 12-game stretch late in 2011-12. He had nine points in his first 10 NHL contests and 20 goals as a rookie three years ago.

His meager production is a big reason why the hapless Sabres have only 45 goals, just 1.6 a game. Their pathetic offense could make them the NHL’s lowest-scoring team ever.

This has quickly become the toughest stretch of Ennis’ career.

“I’ve never really been through a spell like this,” Ennis said. “I’ve always kind of been a guy that can throw the puck in the net. It’s been hard not putting up the goals, how it’s all gone. It’s been mentally a battle and a grind.”

How has Ennis gotten through this grind?

“Good parents, good coaching staff now that’s helping me along the way,” he said. “I just got to stay confident in all that. Your abilities can’t change overnight. You just got to keep grinding.”

“It’s not like I’m not getting chances,” said Ennis, who’s been pivoting Luke Adam and Zemgus Girgensons. “It’s not like we’re not making plays. We are. It’s just it hasn’t gone our way, and that’s going to happen.”

He added: “If something hasn’t gone your way, forget about it, just keep going. There’s another shift, another period. It’s been tough. We haven’t scored a lot of goals this year. They’re tough to come by.”

Perspective, something Ennis said every player must possess, has been helping him.

“If you’re having a bad game or a bad day or a bad season, I’m one of the luckiest people in the world to be playing hockey for a living,” he said. “You might as well work your (butt) off to stay here and continue to have fun. I’m very lucky to be where I am.”

“Definitely feels, like we keep saying, refreshing,” he said. “It feels like I’m having fun again. I just want to score goals.”

Ennis also wants to impress Nolan and Pat LaFontaine, the president of hockey operations. He clearly respects both men greatly.

“He has a presence about him,” Ennis said about Nolan. “You can tell he’s a good person … knows the game, understands players, understands the makeup of a player. That in itself has been refreshing, as well as Pat’s influence. His demeanor and everything around the team has just been great.

“That’s why we just want to win for them so bad because we know how awesome they are and (how) good of a future it could be.”

Ennis has been bouncing from wing to center and back for almost a year now. He’s played all three forward positions this season. For now, the Sabres will “utilize his skill set at center ice,” Nolan said.