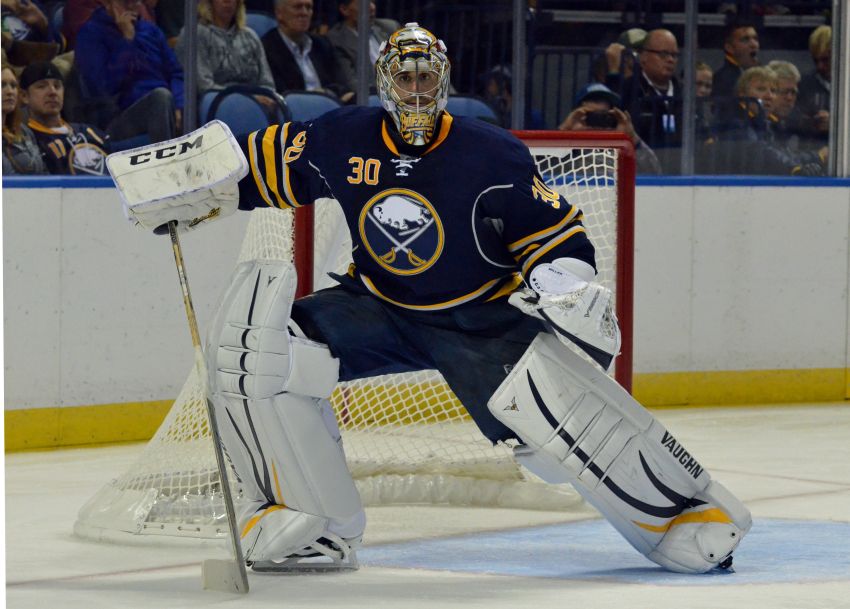 BUFFALO – In Ted Nolan’s mind, franchise goalie Ryan Miller, an unrestricted free agent following the season, is more of a building block for the struggling Sabres than an asset.

“You build around him versus as a pawn to try to get something to make you better,” the interim coach said Wednesday. “You learn to deal with the now as a coach, and we got one of the better goaltenders in the world here. I’d like to build around him, myself.”

“I’m not too sure,” Nolan said after the Sabres prepared for tonight’s game against the New York Rangers inside the First Niagara Center.

Trade rumors have been swirling around Miller for months.

Sabres defenseman Brayden McNabb, a healthy scratch the last two games, played for the Rochester Americans on Wednesday before returning to the NHL.

“The greatest thing about having the Rochester Americans so close he can go down and play,” Nolan said. “He sat out almost five days now. We can give him some game action. We’ll recall him right after the game.”

Update: McNabb had a goal and three points in Rochester’s 6-1 win over the Utica Comets.

To make room on the roster for forward Cody McCormick, who’s ready to return from a four-game absence, the Sabres could place Sulzer on injured reserve, Nolan said.