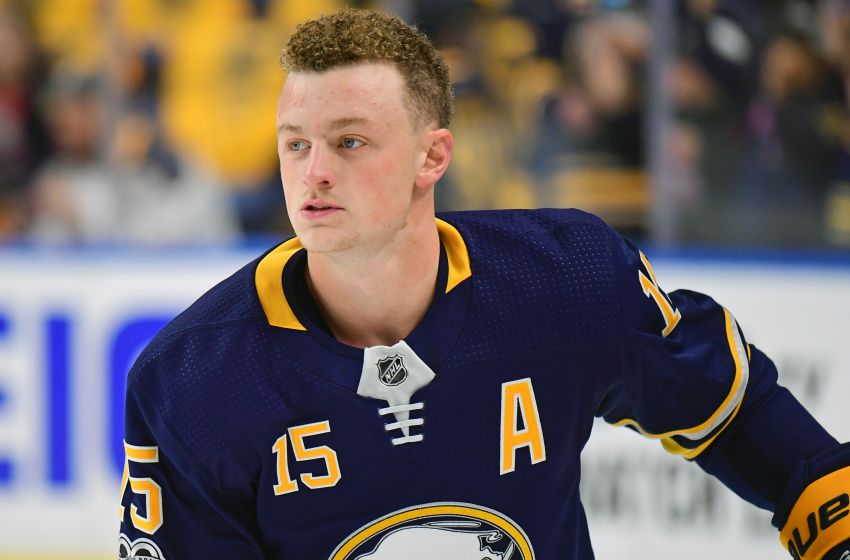 “Our coaches sat down and really evaluated the situation,” Sabres coach Phil Housley said prior Thursday’s 3-2 shootout loss to the Montreal Canadiens inside KeyBank Center. “We felt the guys that we named, we have total confidence, and in just talking with Jason, he was very comfortable with the decisions.”

With no captain, three players can wear the ‘A’ each game, so Housley plans to alternate. Bogosian (lower body) was scratched Thursday.

Eichel, 20, is the youngest player in the leadership group.

“To be a leader of this team and the organization, it’s a tremendous honor,” said Eichel, who signed an eight-year, $80 million contract extension Wednesday. “I don’t really want to change too much. I want to be myself around the rink every day, having the same attitude, work ethic and personality.”

When the Sabres signed Matt Tennyson to a two-year contract as free agency opened, it was assumed the defenseman would see NHL action this season.

After all, Tennyson, 27, spent most of the last two seasons with the Carolina Hurricanes and San Jose Sharks, playing 74 NHL games and only 14 AHL contests. Still, few figured Tennyson would crack the Sabres’ lineup early.

Thanks to an impressive training camp and some injuries, Tennyson was the most surprising name among the six defensemen the Sabres dressed Thursday.

“His play speaks for itself,” Housley said. “He really understands our system, especially defensively. … He’s done a terrific job. He also really picks his spot well adding to the rush, making the good first pass. It’s good to see him. He’s earned his spot.”

Housley leaned heavily on Tennyson throughout training camp, playing him in a few roles. Injuries to Bogosian and Justin Falk (undisclosed) helped Tennyson move up the depth chart. But he has also surpassed Josh Gorges, a 13-year veteran the Sabres scratched Thursday.

Scratching Gorges, Housley said, is “very difficult.” The veteran is a heart-and-soul player.

Housley, of course, wants his defense to drive possession and aggressively move up the ice. So Gorges sat out the opener against the Canadiens, his old team. Gorges was never a healthy scratch in his first three seasons with the Sabres.

Notes: The Sabres also scratched winger Matt Moulson (healthy). … A franchise-record 10 Sabres who didn’t play for the team last year dressed Thursday. … The Rochester Americans named forward Kevin Porter their captain Thursday. Porter was the AHL club’s captain in 2012-13. He returned to the organization this season.