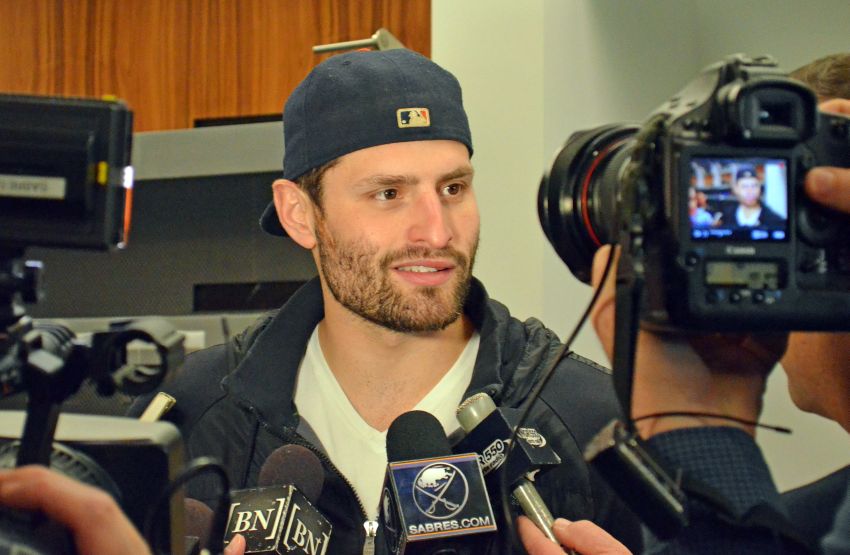 BUFFALO – Almost a year ago, well before the rebuilding Sabres started what would quickly become the most tumultuous season in franchise history, defenseman Mike Weber heard about former general manager Darcy Regier’s warning the team’s rabid fan base would endure some suffering.

“To be honest with you, you hear those things but you never think things are going to get as bad as they did,” Weber said this morning as the Sabres cleaned out their lockers and held their end-of-season meetings inside the First Niagara Center.

Just a day after the Sabres finished a season in which they lost 61 times and finished dead last, players spoke optimistically about the future. They’re confident coach Ted Nolan and new general manager Tim Murray can keep changing the culture and guide the team into the future.

“We’re not joking around anymore, there has to be a new standard here,” Weber said. “That word has been thrown around here for a couple of years talking to all you guys, ‘We got to change the culture, change the standards.’ Enough’s enough. Joke’s over.

The Sabres have a slew of high draft picks. They might secure the No. 1 overall selection this June during Tuesday’s draft lottery. They also possess a stable of choice prospects.