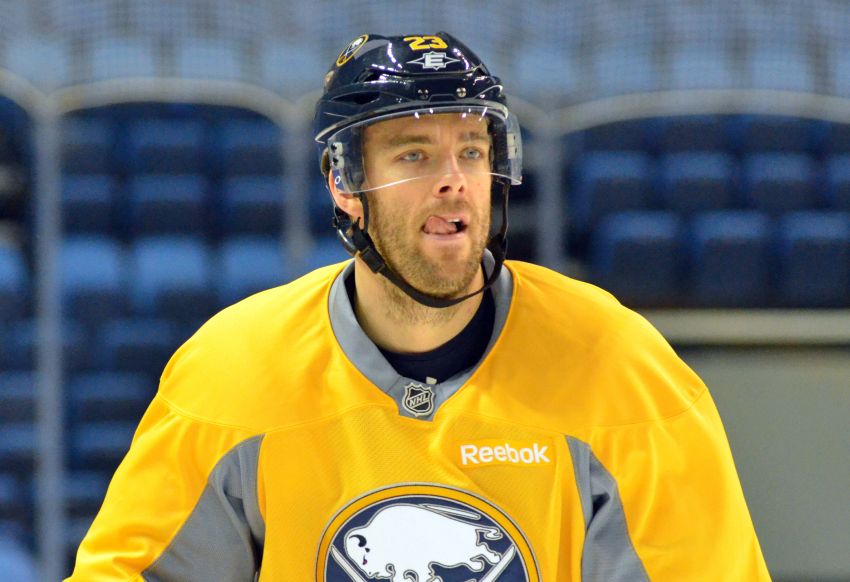 BUFFALO – It keeps getting worse for Sabres winger Ville Leino.

The Finn should only miss a couple of weeks, Sabres coach Ron Rolston said this afternoon following practice inside the First Niagara Center.

With Leino out, center Johan Larsson will make his Sabres debut in Friday’s home opener against Ottawa.

The 21-year-old Larsson pivoted Steve Ott and Tyler Ennis, who had been playing center, today.

Foligno skated in a non-contact role today and could return next week.

One thought on “Sabres’ Ville Leino out indefinitely with cracked rib”