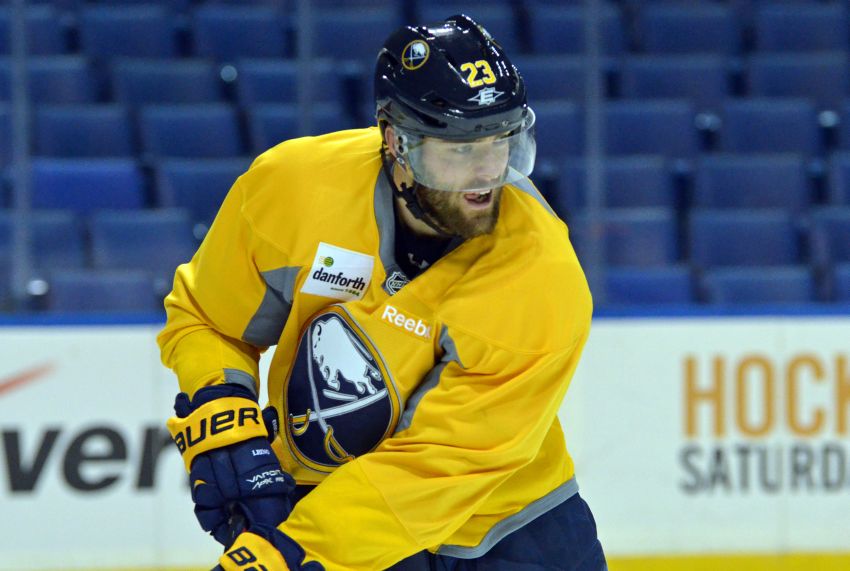 “He’s just missing here and just missing there,” the interim coach said this morning inside the First Niagara Center. “When those things just keep missing, you look at the overall picture that he’s not playing well at all. But, truth is, he has played in spurts. It just didn’t click in.”

Leino has zero goals in 37 games. The Finn will sit tonight against the Edmonton Oilers as healthy scratch for the third time this season. He was a minus-2 in Saturday’s 7-1 drubbing in Colorado.

Meanwhile, winger Drew Stafford will return from a four-game absence after re-aggravating his upper-body injury.

“Drew, he comes back, and, boom, pucks go in for him,” Nolan said about Stafford, who scored three times after returning last month. “If that happens with Ville one day, you never know what you have.”

Winger Linus Omark, a former Oiler, will play on the top line beside Stafford and center Tyler Ennis. Omark has sat the last three games. Center Zenon Konopka will sit.