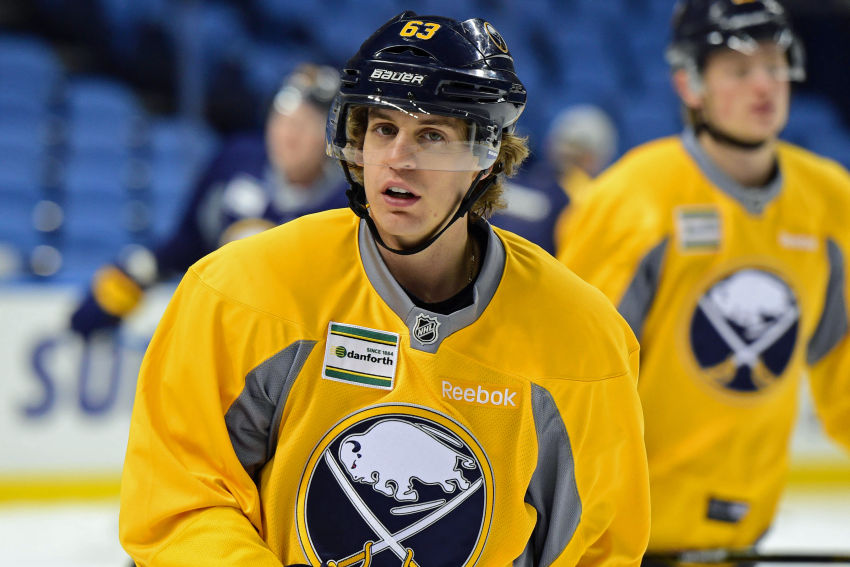 BUFFALO – Some quick updates from HarborCenter, where the Sabres practiced today without ace defenseman Rasmus Ristolainen, who enjoyed a maintenance day.

– Winger Tyler Ennis, out the last 12 games with an upper-body injury, will return Saturday afternoon against the Chicago Blackhawks, the Sabres’ last game before Christmas.

Ennis, who hasn’t played since Nov. 23, wanted to get back before the Sabres’ five-day break.

“You never want to wait because you’re competitive and you want to play,” he said. “Tough to sit and watch. But at the same time, it’s important to rest up and heal. I can’t wait to play tomorrow.”

Update: With Ennis ready, the Sabres sent center Cal O’Reilly, who played two games, back to the Rochester Americans this afternoon. O’Reilly had an assist Thursday.

“He was in total position,” Bylsma said.

Johnson also made 32 saves in Monday’s 2-1 win against the Detroit Red Wings.

– Winger Marcus Foligno, out the last two games with an upper-body injury, practiced in a non-contact role.